Big earthquake is coming in Anupama, will Anupama be able to make Anuj stand on his feet again? 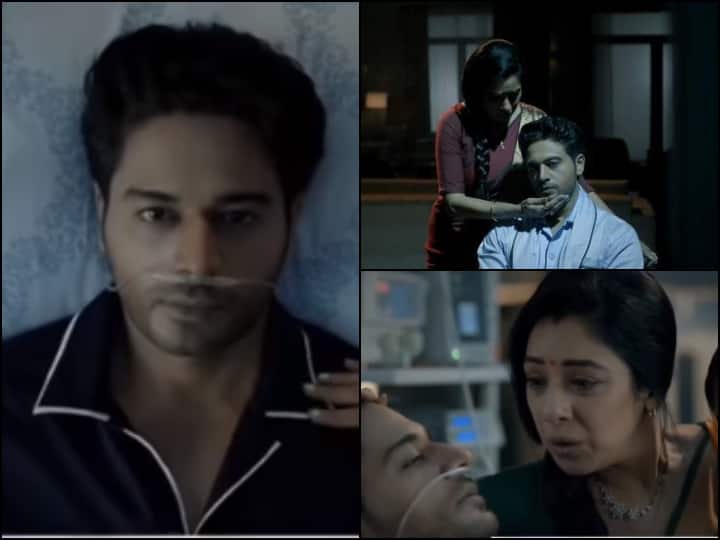 Anupmaa Written Updates Of 9th August 2022: This week in TV’s superhit daily soap ‘Anupama’, the festival of Raksha Bandhan was shown with great pomp. The distance between Shah and Kapadia family was erased on the festival of Rakhi in the show. The bitterness between mother Anupama and Pakhi has also gone away. New Samar Shah has been entered in the show. Actor Sagar Parekh is seen in this character. There may be happiness and celebration on one side in Anupama, but soon there is going to be a big earthquake in the show. We are constantly giving our readers the latest updates related to the show. In Anupama’s next week’s episode (Anupamaa Monday 9th August Episode), the beautiful pair of Anuj and Anupama is going to be noticed by someone. The shadow of death is hovering over Anuj’s head. In the latest promo of the show, there is a glimpse of Anuj being paralyzed.

Actress Rupali Ganguly and Gaurav Khanna are in lead roles in Anupama. A big and dangerous twist will come in the latest episode of the show. In this, all the colors of Anupama’s life will be mixed in the soil. Talking about next week’s episode, Anuj will never be able to stand on his feet. Mahasaptah is going to start in Anupama from Monday. The episode of Anupama 9 August 2022 will see many shocking twists in which Anupama’s life will be destroyed. Anuj will be paralyzed further in the show and he will be crippled. Being a faithful wife, Anupama will be seen serving her husband. Information about Anuj’s illness and his disability has not been given yet. But in the show, Anupama is being shown in a poor-sad avatar.

Barkha and Ankush, on the other hand, accuse Anupama of trapping Anuj in their trap. He says that your daughter Pakhi is also trapping Adhik like this. Both also make fun of Anupama’s ex-husband Vanraj. Seeing Anuj’s hand, Anupama will lose her senses. Anupama will be seen yearning for Anuj.

Little Anu will ask mother if Papa will never be able to stand on his feet. On this Anupama assures Anu that her father is a warrior and everything will be fine soon. Anupama takes a promise to make Anuj stand on his feet. In the next episode of the show, Anupama will now be shown fighting for the well being of her love. Now it remains to be seen whether Ankush will take advantage of Anuj’s illness and grab the company? Will Anupama be able to take care of younger Anu without Anuj being both parents?

You can watch all the episodes of Anupama on Star Plus right there. Viewers visit hotstar.com to watch Anupama online.

Sushmita Sen Video: Lalit Modi could not stop himself watching this video of Sushmita Sen, wrote this in the comment

Share
Facebook
Twitter
WhatsApp
Linkedin
Email
Telegram
Previous articleCaptain Yogendra Yadav kept fighting even after getting 15 bullets, hoisted the tricolor in the Kargil battle
Next articleQuarterly results and global signals will give direction to the market, Sensex-Nifty will gain momentum!