Bigg Boss 16: Archana-Priyanka clashed with each other over kitchen duty, the new captain of the house Sajid Khan got angry with this person 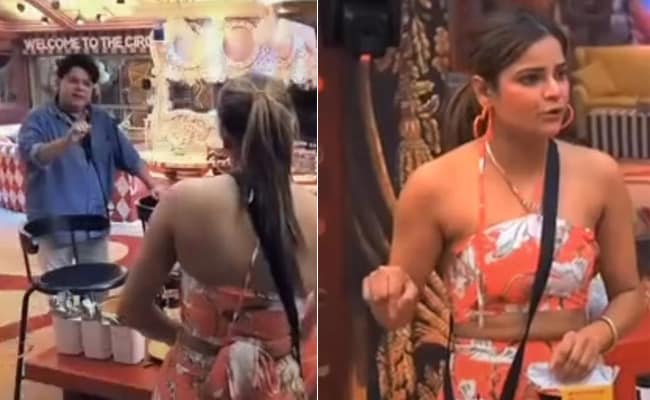 Every episode of ‘Bigg Boss 16’ is getting more interesting with time. As the show is progressing, the series of fights between the contestants of the show seems to be intensifying even more. Bigg Boss is such a show, in which even friends fight with each other. Something similar is being seen in the latest promo video of Bigg Boss. In fact, when Archana was re-entered in Bigg Boss, Priyanka Chaudhary was most happy with her, but in the latest promo video of the show, a fierce fight is seen between the two. Not only Priyanka, once again a fight is being seen between Archana and Shiva.

In the new promo video of ‘Bigg Boss 16’ which came out recently, it can be seen that Archana and Sajid are seen talking about work in the kitchen. In the video, Sajid is seen saying to Archana that ‘sab kar rahe hai tujhe bhi karna padega’. In response to which Archana says, ‘You tell those who have less duty, I have not come here to become a laborer’. Hearing this answer, Sajid angrily says, ‘Archana you go out of the kitchen’.

Meanwhile, a quarrel is also seen between the two friends i.e. Priyanka and Archana. Angered by this behavior of Archana, Priyanka tells her that, ‘If you will not become a maid, we will not let you become a queen either’. After this, Shiv is seen saying to Archana, ‘You will cry till the evening’ and after that it can be seen in the video that Shiv is throwing Archana’s clothes out of his briefcase. On this, Archana is shouting, ‘If it explodes, I will tear your clothes too’

Let us tell you that this week Sajid Khan has become the new captain of the Bigg Boss house and along with becoming the captain, he has also been declared the new king of the house. In such a situation, will it be difficult for Archana to anger the new captain of the house like this? Will Bigg Boss ask Sajid to nominate the contestants like Abdu? The upcoming episode of the show is going to be very interesting. It will be fun to see what happens next regarding this behavior of Archana.

Aftab was interrogated by Manikpur police on Shraddha’s disappearance