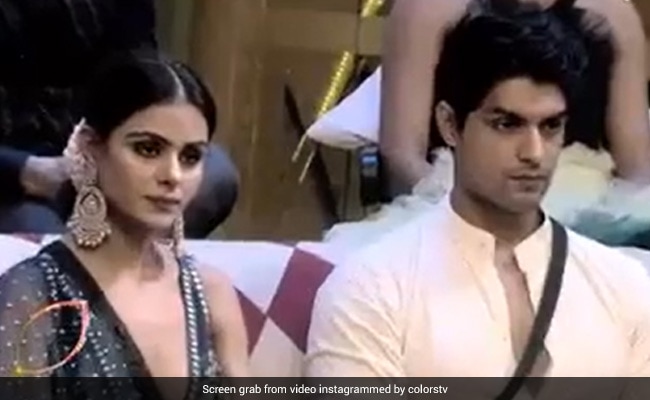 If you have not yet been able to get over the shock of Archana Gautam’s eviction in Bigg Boss 16, then know that the series of shocks is not over yet. Archana Gautam may have returned home, but Bigg Boss fans are going to get another big shock in this Friday’s war. Looking at the latest promo of Bigg Boss, after Sreejita Dey and Manya Singh, it seems that Priyanka Chahar Chowdhary is going to be evicted from Boss 16. In the latest promo of the show, Bigg Boss host Salman Khan is seen taking the name of ‘Udaria’ actress Priyanka Chahar Chaudhary.

In the latest promo shared on the social media handle of Colors TV, Salman Khan has dropped a big bombshell of eviction. Bigg Boss host Salman Khan is seen taking the name of Priyanka Chahar Chowdhary as the next contestant to be evicted in ‘Friday Ka Vaar’. In the promo video, you can see that Salman first gives information about Priyanka’s eviction, after that he is seen asking co-star Ankit Gupta, ‘How is it feeling now, you are leaving’. In response to which Ankit says, ‘Now it seems that it is my fault’. While Ankit is seen emotional after this shocking announcement by Salman Khan, the rest of the housemates are shocked. However, Priyanka is not shown leaving the house after this announcement.

Is Priyanka’s eviction true or a prank?

After this announcement, it can be seen in the video that Priyanka is crying and hugging the rest of the contestants. While everyone is saddened by Priyanka’s departure, Ankit is telling himself responsible for this. However, after watching this promo video, the fans are also claiming that it is a prank video of Salman Khan. Fans believe that Priyanka is a strong contestant of Bigg Boss, so how can her eviction happen so soon. However, even now it cannot be said that Priyanka is going out of the house because even before this Salman Khan has been pranking shocking eviction many times for fun jokes. In such a situation, it will be interesting to see whether Priyanka will really go out of the house or is there any other contestant who will be homeless.

What are the election issues in Himachal Pradesh? Telling political experts