Birthday Special: Juhi Chawla was a hit in every character from films to business, the journey of former Miss India was like this 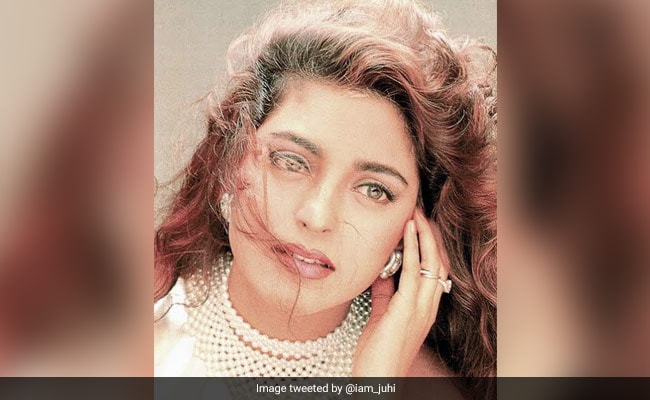 Juhi Chawla’s name comes at the top in the list of the most beautiful actresses of the 90s. Actress Juhi Chawla, who has won everyone’s heart with her performance and smiling smile, is celebrating her 55th birthday on 13 November. Let us tell you that Juhi Chawla started her career with modeling. Before coming to films, Juhi Chawla won the title of Miss India in the year 1984. At the same time, Juhi started her career in Bollywood with the film Sultanate in 1986. Although Juhi Chawla’s film was a flop. After this he turned to the South Film Industry. After doing some South films, Juhi Chawla again turned to Bollywood. On the birthday of actress Juhi Chawla, who made everyone crazy with her smile, let’s know some interesting things related to her life.

The 1988 film ‘Qayamat Se Qayamat Tak’ proved to be the turning point of Juhi Chawla’s life. While Juhi Chawla’s performance in this film was highly praised, the same film made Juhi a star overnight. Aamir Khan was opposite Juhi Chawla in this film. After this, Juhi appeared in the film ‘Pratiban’ in the year 1990. Then Juhi Chawla was very much liked with Rishi Kapoor in ‘Bol Radha Bol’. After this Juhi Chawla gave many hits one after the other in her acting career.

‘Aaina’, ‘Hum Hain Rahi Pyaar Ke’ and ‘Darr’ are considered to be the best films of Juhi Chawla’s career. Although Juhi Chawla worked with many actors, her pairing with Aamir Khan was liked the most.

Juhi Chawla is a hit from films to business

Juhi Chawla along with her co-star Shah Rukh Khan and filmmaker Aziz Mirza opened a production house named ‘Dream Unlimited’. He also produced many films through this production house, including ‘Dil Hai Hindustani’, ‘Ashoka’ and ‘Chalte-Chalte’. Apart from this, Juhi Chawla has also been a judge of the reality show ‘Jhalak Dikhhla Jaa’. Not only this, Juhi Chawla’s name is not only famous in the industry for her acting line, but she has also proved her mettle in business. After acting, Juhi Chawla bought her team in the IPL. She is the owner of IPL team Kolkata Knight Riders.

Talking about Juhi Chawla’s personal life, in the year 1995, she married industrialist Jai Mehta. Due to the age of her husband, Juhi Chawla was also taunted a lot because of this marriage. However, Juhi Chawla’s relationship proved that age does not matter if there is love and understanding. Juhi Chawla has two children named Janhvi and Arjun.

Share
Facebook
Twitter
WhatsApp
Linkedin
Email
Telegram
Previous articleVIDEO: Jose Butler and Co. are not worried about the final against Pakistan, played football instead of cricket
Next articleKherson: No water, electricity or internet, only enthusiasm in the city liberated from Russian occupation