Harshali Malhotra did not get the role of ‘Munni’ in ‘Bajrangi Bhaijaan’ just like that, so many thousands of children were given competition 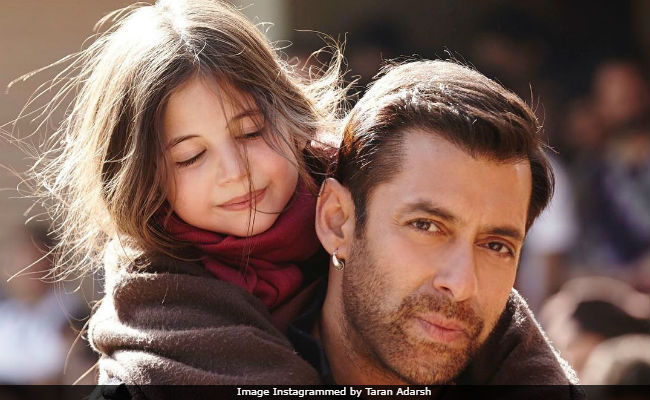 Many child artists also work in Bollywood films. Many times these children do such a wonderful job that they too cannot be forgotten. One such child artist is Harshali Malhotra. Harshaali Malhotra played the lead role in Salman Khan’s blockbuster film Bajrangi Bhaijaan. Her name in this film was Munni, which was liked by the people on the screen so much that people still know Harshali Malhotra by the name of Munni. But do you know that to get the role of Munni, Harshali Malhotra had to give competition to 2000 child artists.

Yes, Kabir Khan, the director of the film Bajrangi Bhaijaan himself has disclosed this fact. IMDb India has shared a video of Kabir Khan on its official Instagram account. In this video, he has told how Harshali Malhotra was selected for the role of Munni in the film Bajrangi Bhaijaan. In the video, Kabir Khan told that according to the script, he wanted such a small girl who does not say anything, but keeps her words without speaking. For this, Kabir Khan contacted the casting director Mukesh Chhabra.

According to the filmmaker, for the role of Munni, he auditioned around 2,000 girls in the age group of 5 to 7 years. Out of these 2 thousand, about 10 girls were selected by Khan and Mukesh Chhabra. Out of which Harshaali Malhotra was successful in getting the role of Munni. Let us tell you that Salman Khan and Kareena Kapoor’s film Bajrangi Bhaijaan, released in the year 2015, made new records of earnings. The film made a bang at the box office and earned hugely worldwide. The work of Harshali Malhotra, who is playing Munni opposite Salman and Kareena in the film, was highly appreciated and this cute little girl won the hearts of the audience. According to media reports, the film made more than Rs 900 crore worldwide.

News of the news: Terror of pet dogs in housing society, what kind of dog love is this?

8 films like The Kashmir Files on which different allegations were made, from PK to Tandav. ENT LIVE