In KBC 14, the contestant left the game on this question of 50 lakhs, the question was related to ‘Teachers Day’ 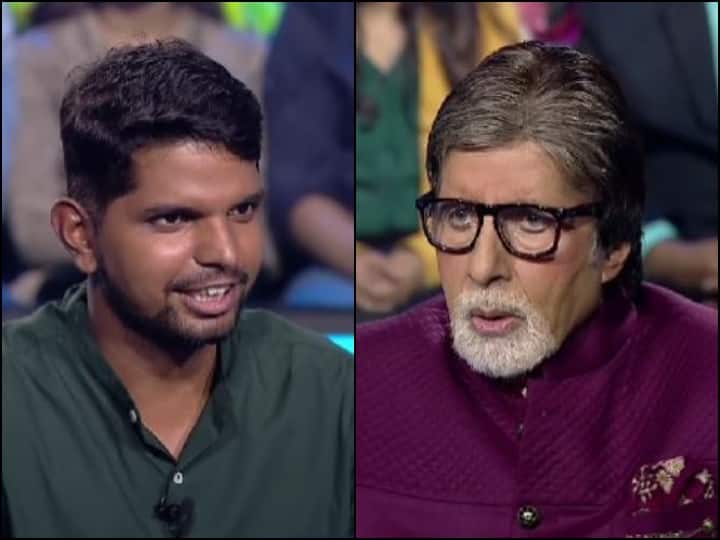 Kaun Banega Crorepati 14 Update: The reality show ‘Kaun Banega Crorepati 14’, hosted by Amitabh Bachchan of the century, is making a buzz among the audience. Like every season, the 14th season is also getting a lot of love from the audience. So far, the luck of many contestants has shined in the show aired on Sony channel. However, sometimes Amitabh Bachchan asks such questions, which are not even answered by the contestants. In the recent episode, the contestants left the game due to the question.

In the last episode of ‘Kaun Banega Crorepati 14’, rollover contestant Suraj Das sat on the hotseat. He answered 10 questions well without using the lifeline. After this he used 3 lifelines and won up to Rs 25 lakh. However, he had to call off the game on one question. Let us tell you about the question asked by Big B.

What was the question for 50 lakh rupees,

After winning Rs 25 lakh, Amitabh Bachchan asked Sooraj a question for Rs 50 lakh. The question was- Which country celebrates Teacher’s Day on 24th NovemberOn the day when the founder of the country accepted the title of ‘Head Teacher’?

The options were given, A- Pakistan, B- Turkey, C- France, D- China. The correct answer is- Turkey.

Game left even after lifeline

Contestant Sooraj did not know the answer to this question. He had one last lifeline left ‘Video Call a Friend’. He used it. His friend was confused in option B and C. Suraj cannot find the right answer, so he decides to leave the game. However, he goes to his house after winning Rs 25 lakh.

Also read- KBC 14: Even after lifeline, the contestant made a mistake on this question of 12 lakhs, do you know the correct answer?

Share
Facebook
Twitter
WhatsApp
Linkedin
Email
Telegram
Previous articleIf you plan to buy a new car on Diwali, then these top 5 mileage vehicles are the best option for you.
Next articlePhotos: Vidya Balan told how to give perfect pose in saree on Diwali