India Lost To England: On the defeat of Team India, there was a flood of film memes on social media, people expressed grief like this 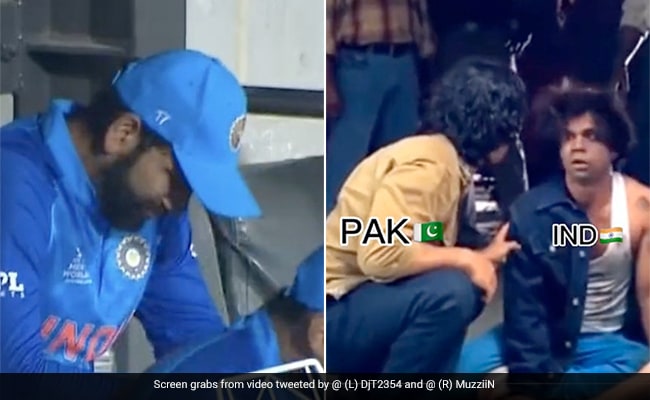 In the T20 World Cup 2022, the England team has defeated India badly. The semi-final match of the World Cup was played between India and England on Thursday. During this, India, batting first, gave a target of 169 runs. On the other hand, the England batsmen did their best in the field and won by 10 wickets. After the defeat of the Indian team in the semi-finals of the T20 World Cup, there has been a flood of memes on social media. Many people are giving their reaction by sharing filmy memes on social media after the defeat of Team India.

Awesome #TeamIndiayou have lived up to our expectations, In the final, these English players will be seen kneeling in front of Pakistani bowlers.

Play like a test in powerplay and dream of winning the world cup#INDvsENGpic.twitter.com/gisAxfreLU

No matter how the matches are against the ongoing T20 World Cup 2022, but a battle remains very important. And the reason is that it plays a very important role in deciding the result of the match. This you can understand from this that in the first semi-final match played between Pakistan and New Zealand on Wednesday, where New Zealand’s score was around 36 for 2 wickets in the first six overs, Pakistan won this power-battle without any For the loss 55 runs were scored. Taking the risk, Babar and Rizwan had stroked fiercely in the first six overs. And after the match, Babar admitted that the game of power-play (opening six overs) proved to be important for us.

However, the Indian batsman could not redeem the first six overs on the batting pitch of Adelaide. It was a shock only when KL Rahul returned with a catch behind the wicket on the fourth ball of the second over. The effect of Rahul’s dismissal was clearly visible on Rohit’s batting. However, Virat did not get distracted by this at all.

Another great record added to the name of Virat Kohli, dominated world cricket