Kajol will be seen fulfilling son’s dream in ‘Salaam Venky’, read details related to the film 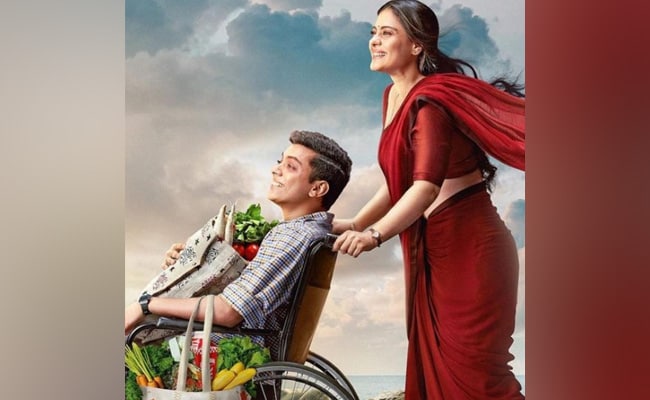 Kajol will be seen fulfilling son’s dream in ‘Salaam Venky’

One of the most awaited projects of the year, the trailer of Kajol starrer Salaam Venky was launched at an event held in Mumbai on the occasion of Children’s Day. Basically the film is based on the incredible story of a mother who helps her son live life to the fullest while facing every challenge that comes his way. The trailer of Salaam Venky directed by Revathi features Kajol as a mother and actor Vishal Jethwa as Venkatesh aka Venky and the bonding between this mother and son is quite special.

It is also shown in the trailer that Venky’s health is deteriorating, but despite this he aims to fulfill all his dreams. Talking about the film, veteran actress and filmmaker Revathi said, “Salaam Venky is a project very close to her heart. She says, I have always believed that mothers are the real heroes and it gives me immense pleasure to tell this incredible true story of one such mother’s unconditional love for her son through Salaam Venky.

Superstar Kajol said, “I feel fortunate to play Sujatha in Salaam Venky and to be directed by Revathi ma’am. The day I heard about the idea of ​​the film it touched my heart very deeply and I knew that in any case I have to be a part of this wonderful story.”

Producer of the film Suraj Singh said, “It was an amazing experience to associate with Kajol and Revathi ma’am. In fact, we consider ourselves lucky that we were able to deliver such a beautiful and powerful story to the audience and we are confident that Salaam Venky is a story that will touch millions of hearts.”

An excited producer Shraddha said, “Salaam Venky is a very special project for all of us. Also it is a privilege to work with Kajol, Revathi ma’am and other famous actors. We have made this film with love and we really hope that the audience will accept it with open arms and give it their love and support.”

Apart from Kajol and Vishal Jethwa, the film also stars Rahul Bose, Rajeev Khandelwal, Prakash Raj and Aahana Kumra in pivotal roles. Salaam Venky is directed by Revathi. The film is set to release in theaters on 9 December 2022.

Delhi’s Dangal: A large number of candidates filled the form on the last day of MCD election nomination