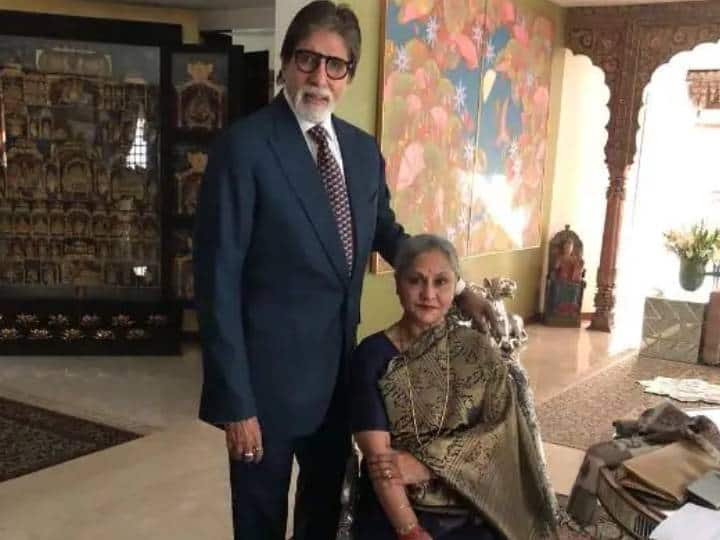 Kaun Banega Crorepati 14: Amitabh Bachchan, the megastar of the century, has been ruling the film industry for many decades. He has worked in hundreds of superhit films including ‘Baghban’, ‘Mohabbatein’, ‘Kala Patthar’, ‘Don’, ‘Zanjeer’, ‘Agneepath’. In such a situation, it would not be wrong to say that his fan following is in crores. Big B’s fans send gifts for him every day. Recently, Big B revealed how his wife Jaya Bachchan reacts whenever he brings home the gifts received by his fans.

In ‘Kaun Banega Crorepati 14’, Amitabh Bachchan told how his fans are eager to get his autograph and whenever he forgets to give autograph, his fans remind him. Big B said that the audience is his customer, without whom his business cannot run. Big further told that, everyday he gets a lot of gifts. He takes them to his room and signs autographs everyday for at least one and a half to two hours.

Amitabh Bachchan told that, if he does not do this, then his fans consider him as short-tempered. Big B also revealed that there are some fans who come twice and remind him that he had gifted him last time, did he use it. Big B said that he apologizes to the fans and says that it is difficult to remember all this.

The matter does not end here. After the gifts given to Big B by the fans, when he brings them home, his class is also held at home. Jaya Bachchan doubts that from where did she get so many gifts. Big B said, “I cannot tell. The atmosphere in the house becomes very bad. You understand sir. She asks us, where did all this come from? We say, they are all our fans. She asks, where will you keep him now? The whole room fills up.”

Read this also- Bigg Boss 16: Archana Gautam’s fight with Sajid Khan, said- Why did you come in old age in Bigg Boss?

Share
Facebook
Twitter
WhatsApp
Linkedin
Email
Telegram
Previous articleVIDEO: Ashton Agar becomes Spider-Man near the boundary line, stops a surprising six – australia star ashton agar crazy effort on the boundary denies dawid malan a six watch video – News18 Hindi
Next articleHave gone to malls and are being charged parking charges, this is illegal, know what the High Court said… – fees are paid for parking in malls know this law will not have to pay a single rupee