Nagarjuna’s film ‘The Ghost’ is making a splash on OTT, ‘Lal Singh Chaddha’ continues to shine 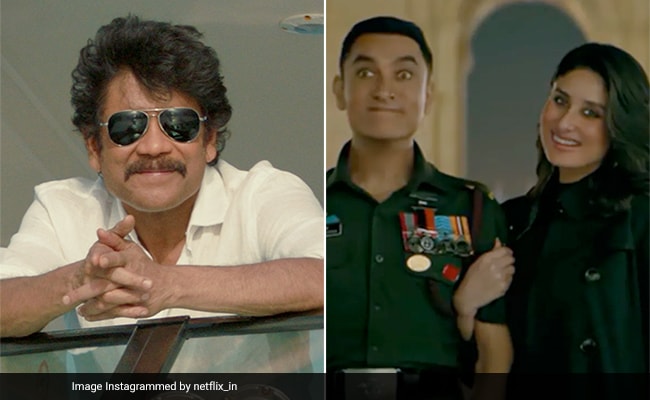 South cinema superstar Akkineni Nagarjuna’s most awaited film ‘The Ghost’ may not show amazing in theatres, but this film has rocked on OTT. Bollywood actress Sonal Chauhan has made a comeback from this film after a long time. The film was released in theaters on the occasion of Dussehra, but the film could not do very well at the box office, although the film is on top on the OTT platform. The film The Ghost is at number one in the list of Netflix India’s top 10 films, while ‘Lal Singh Chaddha’ is also maintaining its place in this list.

The Hindi version of Nagarjuna’s film The Ghost is also at number three in the list of Netflix India’s top 10 films, while the Tamil version of the film is at number ten. Nagarjuna and Sonal Chauhan starrer The Ghost was released on Netflix on November 2. Earlier, the film was released in theaters on 5 October.

Aamir Khan, Kareena Kapoor, Mona Singh, Naga Chaitanya Akkineni and Manav Vij are in lead roles in Aamir Khan Productions’ Laal Singh Chaddha. The film Lal Singh Chaddha was released on Netflix on 6 October, whose magic still remains. Even though this most awaited film of Aamir Khan did not show any good at the box office, but the film has rocked on OTT. This week the film is at number five in the list of top 10 movies of Netflix India.

Apart from this, the films Dobara, Krishna Vrinda Vihari, The Takeover, The School and Good and Evil and Bullet Train are also included in the list of top 10 films of Netflix India.

Share
Facebook
Twitter
WhatsApp
Linkedin
Email
Telegram
Previous articleFIFA WC: Luka Modric will play the fourth World Cup for Croatia, such is the 26-man squad
Next articleShare Market: Sensex 400, Nifty fell 128 points, but there is no ‘atmosphere of fear’ in the market