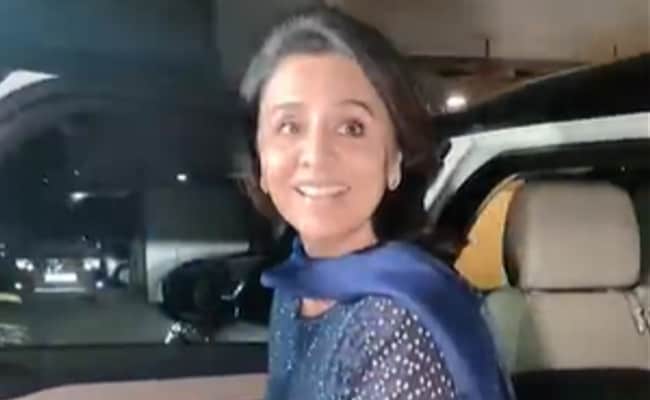 Alia Bhatt and Ranbir Kapoor have become parents. Alia Bhatt has a daughter. He was delivered at the hospital in Mumbai. There is a lot of movement of family members in the hospital. Alia is currently admitted to the Reliance Foundation Hospital in Mumbai. Alia Bhatt’s mother-in-law and Ranbir Kapoor’s mother reached the hospital to see the daughter-in-law and the baby girl. Seeing the girl in the hospital, Neetu Kapoor has come home and her photos are going viral while getting out of the car. Neetu Kapoor looked very happy on having a baby and was seen holding hands in front of the paparazzi.

On this special occasion, Neetu Kapoor was also seen posing for the paparazzi. Happiness can be seen in the Kapoor family. Alia Bhatt pregnancy updates can be seen constantly on social media.

Malaika Arora reached her office on Sunday too

Share
Facebook
Twitter
WhatsApp
Linkedin
Email
Telegram
Previous articleTejashwi is happy even after defeat in Gopalganj by-election, said- experiment was successful in election result
Next articlePalak Muchhal and Mithun, each other’s estranged pair, are getting fans to see the melodious pair in red.