Neha Raj and Mahi Srivastava’s new song went viral as soon as it was released, the actress rocked in ‘Neela Sadia’ 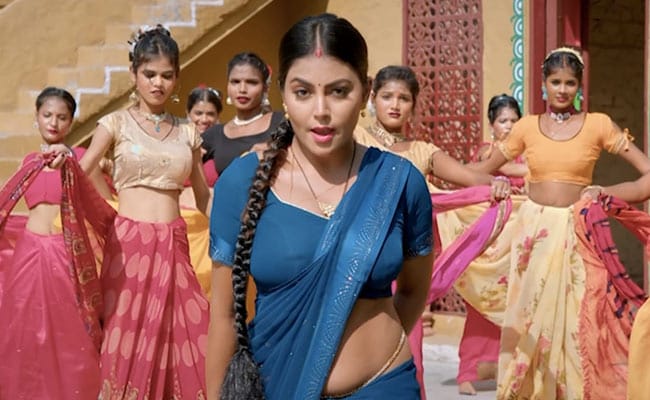 Supersinger Neha Raj, who is known for her beautiful voice in Bhojpuri music world, has emerged as the first choice of every Bhojpuri audience. Most of the songs sung by him are making a splash on YouTube by joining the million club. In this episode, Neha Raj’s new song ‘Neela Sadia’ from Worldwide Records Bhojpuri has gone on the lips of the audience as soon as it is released. The song has been shot on Bhojpuri industry’s top actress Mahi Srivastava, in which she has stabbed the hearts of Bhojpuri audience wearing a blue saree.

The song has been shot on grand background dancers and excellent sets, seeing which no one can say that it is a Bhojpuri folk song. At the same time, in between songs, Neha Raj has managed to register her presence in the song.

In the song, Mahi has been talking about the blue saree with her friends, that in akhiyaan me kajar lagaiye hothon pe laali pink zaaiin jaat bani jab jab bazariya e sakhi ab nahin pehnab blue saree e sakhi lika mar la sarod pe nazariya e sakhi.
Today Mahi has made a different identity for herself in the Bhojpuri film world. Social media gets covered as soon as any of his songs comes. Bhojpuri audience likes to watch his songs again and again, that is why his songs get included in the Millennium Club as soon as possible.

Presented by Worldwide Records, ‘Neela Sariya’ is sung by supersinger Neha Raj. And its author is Arjun Sharma. Its music is given by Abhishek Gupta. Its producer is Ratnakar Kumar. It is directed by Bhojpuria and choreography is by Deepak Sharma.

‘No Money for Terror’ conference in Delhi, PM Modi said – Terrorism is a big problem for humanity

Share
Facebook
Twitter
WhatsApp
Linkedin
Email
Telegram
Previous articleV Shantaram, who threw his daughter out of his own film, the reason will shock you
Next articleGautam’s ex-wife Richa said – There is only attraction with Soundarya, focusing on love more than the game