Novel Based Web Series: From Sacred Games to Laila, want to see great content, so here are 6 novel based web series, worth every penny 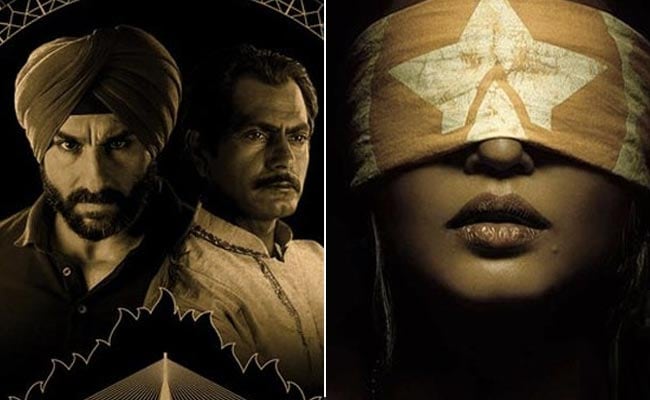 Want to see tremendous content, then here are 6 novel based web series

A lot of interest can be seen among the people regarding the content present on the OTT platform. Especially after the lockdown, its craze among the people has increased. Even if it is not, the content of every genre is available here. Be it any age group audience, there is something here for everyone. There are web series, movies and shows of every genre including romance, thriller, action, horror on the OTT platform. At the same time, some novel based web series became very popular. These web series got more headlines than the novel. Here we are telling about some novel based web series. If you want to see something good then this can be the best option for you…

This web series is based on Sandeep Unnithan’s book ‘Black Tornado’, which is written on 26/11 terror attack. It stars Vivek Dahiya, Arjun Bijlani and Arjan Bajwa in the lead roles.

This web series is based on Priya Kumar’s novel ‘I Will Go With You: Fight Of A Lifetime’. This story is about those people who take a flight from Mumbai to Sydney. His life is put in danger when the captain of the board commits suicide. Arjun Rampal, Anshuman Malhotra, Neeraj Kabi have worked in this.

This web series is based on the novel ‘Bard of Blood’. Based on Bilal Siddiqui’s novel, the story of a former RAW agent is shown in this series. Emraan Hashmi, Vineet Kumar, Kirti Kulkarni have worked in it.

This web series is based on the novel ‘The Married Women’. Majnu Kapoor has written this novel under the name ‘The Married Woman’. The story of this series tells about the 1992 Babri Masjid case and the issue of homosexuality. It stars Riddhi Dogra and Monica Dogra in the lead roles.

This web series is inspired from a book written by the name ‘Laila’, whose writer is Prayag Akbar. It tells the story of a woman who is looking for her daughter. Huma Qureshi has done a great job in the lead role.

Navya Nanda spoke to NDTV about trolls, said – “I do not consider them everything”

Share
Facebook
Twitter
WhatsApp
Linkedin
Email
Telegram
Previous articleVIDEO: Nora Fatehi was seen floating like a mermaid in the beach, she will be blown away after seeing the glamorous avatar
Next articleWill Shahrukh’s dream of a hit come true after four years of waiting? a lot of flops