Phone Bhoot Box Office Collection Day 3: Katrina’s film got the benefit of the weekend, earned a lot on the third day 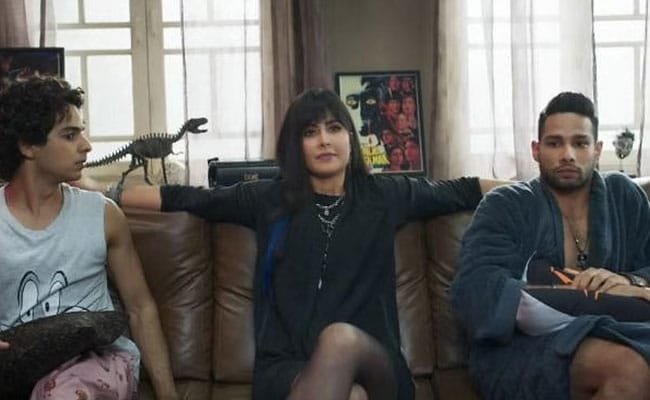 Katrina Kaif, Ishaan Khatter and Siddhant Chaturvedi’s Phone Bhoot released this Friday and on its opening day, the film did a business of just Rs 1.75-2.25 crore. The film was released on about 1400 screens, which can be called a conservative release, but even in 1400 odd screens, the occupancy of the film was only about 10-12 percent. At the same time, on the second day of release i.e. Saturday, the film did business of 2.50-3.50 crores. However, on the third day i.e. Sunday, there was a jump in the earnings of the film.

On the other hand, there was a good growth in the film’s earnings on Sunday. According to the information received, according to the initial figures, the film did a business of between 3 to 3.5 crores at the box office on the third day of release i.e. Sunday. Makers are expecting to see an increase in the earnings of the phone ghost in the coming days. Katrina Kaif has returned to the big screen after a long time with the film Phone Bhoot, while this is her first film even after marriage. In such a situation, his fans had high expectations from the film, but the horror comedy has to struggle a lot to maintain its hold at the box office.

The story of the film is based on two friends Major (Siddhant Chaturvedi) and Gullu (Ishaan Khattar). Both have a lot of interest in ghosts since childhood. They even get the interior of their house done on the ghost theme. One day both of them meet a ghost i.e. Katrina Kaif. Katrina is in the role of Ragini in the film. Ragini gives Major and Gullu an idea, after which the three together start a helpline called Bhoot. The twist in the film comes when Ragini’s arrival is revealed.

Share
Facebook
Twitter
WhatsApp
Linkedin
Email
Telegram
Previous articleViral Video: Watch ‘Chakravyuh test’ of driving license in China, half fail in India
Next articleIf your partner is getting away emotionally, then increase closeness with these relationship tips

Yami Gautam Best Photos: Yami Gautam is an example of glamor and simplicity, beauty is such that the heart melts