PHOTOS: Kangana Ranaut went to find the location for the shoot of ‘Emergency’, slipped in the river 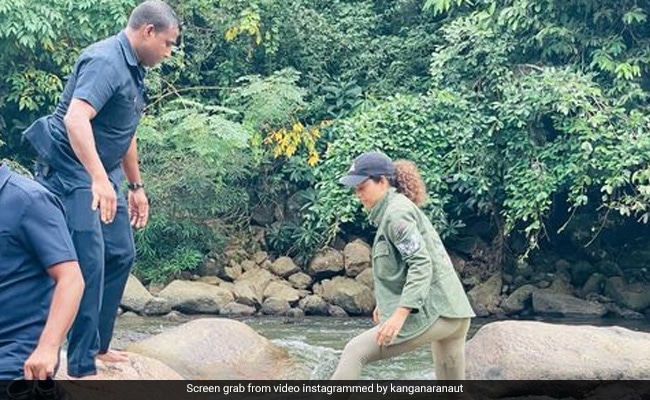 Kangana Ranaut is directing Emergency. She is playing the character of former Prime Minister Indira Gandhi in the film and the film is about her life. Mahima Chaudhary, Anupam Kher, Shreyas Talpade and Satish Kaushik will be seen in Emergency. Talking about Kangana’s upcoming projects, she is also in Sarvesh Mewar’s film Tejas and is playing the role of an Indian Air Force pilot.

Janhvi Kapoor hugs Rekha at the screening of ‘Mili’