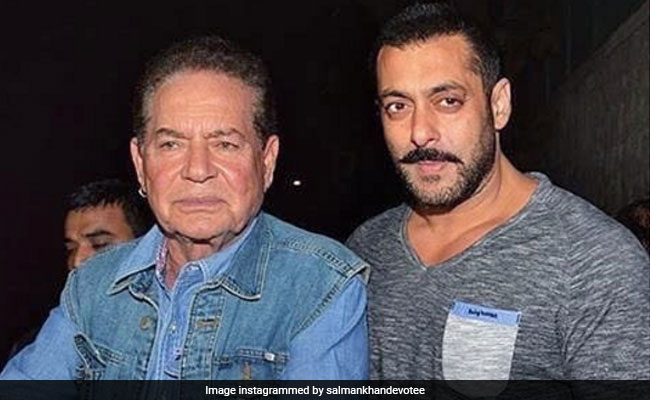 Bollywood’s famous filmmaker and actor Salim Khan celebrated his 87th birthday on Wednesday. His family was seen together on this occasion. Salim Khan’s children, Salman, Arbaaz, Sohail, Alvira and Arpita arrived on his birthday. Everyone has celebrated father’s birthday in a special way. Many pictures of Salim Khan’s birthday have also come on social media, which are being liked by the fans of the veteran filmmaker. Arbaaz Khan shared the picture of the family on social media on his father’s birthday.

Let us tell you that Salim Khan is not only recognized by his sons but also by his work. He has written screenwriter for many brilliant films of Hindi cinema. Salim Khan has written screenplays for many brilliant films including Zanjeer, Seeta Aur Geeta and Sholay. He has gained a lot of fame for his work. On his 87th birthday, fans are also congratulating him through social media and wishing him a long life.

Share
Facebook
Twitter
WhatsApp
Linkedin
Email
Telegram
Previous articleAirport Shut Down Briefly After Driver Goes Through Gate
Next articleKnow what are the causes, symptoms and treatment of situational depression