Sania Mirza used to spend her life on Shahid Kapoor before Shoaib Malik, wanted to marry Ranbir Kapoor but… 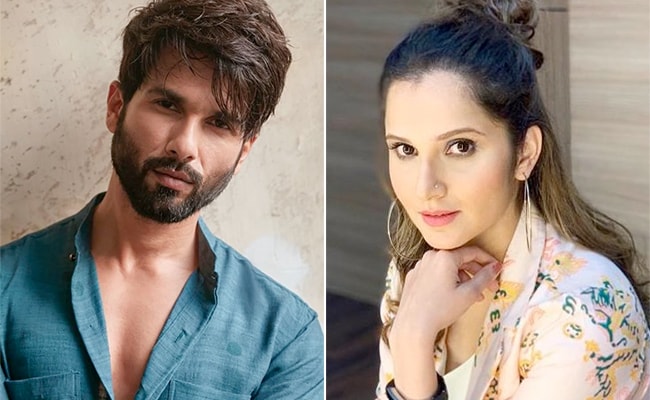 Sania’s name was associated with Shahid

There has been a rift in the relationship between Sania Mirza and her husband Shoaib Malik. The divorce of both is being discussed on social media. According to the latest reports, this power couple has also taken divorce from each other. Fans were also surprised to hear the news of sudden rift between Sania Mirza and Shoaib Malik. Both had married 12 years ago. The couple also has a son named Izhaan Malik. Shoaib and Sania were married in the year 2010 and if reports are to be believed, Sania has left her Dubai home. Even though Sania Mirza is married to Pakistani cricketer Shoaib Malik, but do you know that at one time her name was also associated with Bollywood actor Shahid Kapoor.

Yes, at one time there were rumors of Sania and Shahid being in a relationship. Karan Johar had also questioned Sania Mirza about this when she appeared on Koffee with Karan. Karan had asked Sania, ‘How is it possible that you have never been approached by Hindi film boys?’. To which Sania had said, ‘This has never happened to me’. Then Karan says, ‘There was a discussion about you and Shahid as well. Was there any truth in them? Sania says on this, ‘I do not remember, it was a long time ago. Nothing like this happened to me, because I travel a lot ‘.

After this there was also talk about Shahid Kapoor on the show. After this, when Karan Johar asked Sania that among Ranbir Kapoor, Ranveer Singh and Shahid Kapoor, with whom would she like to marry, hookup and kill? So on this she had said that she would like to hookup with Ranveer, marry Ranbir Kapoor and kill Shahid Kapoor.

Will the custom change in Himachal this time? Or rebel spoil riots BJP’s game? see this report