Sonam Kapoor has built a luxurious nursery for son Vayu, shared photos and fans said – this is a palace! 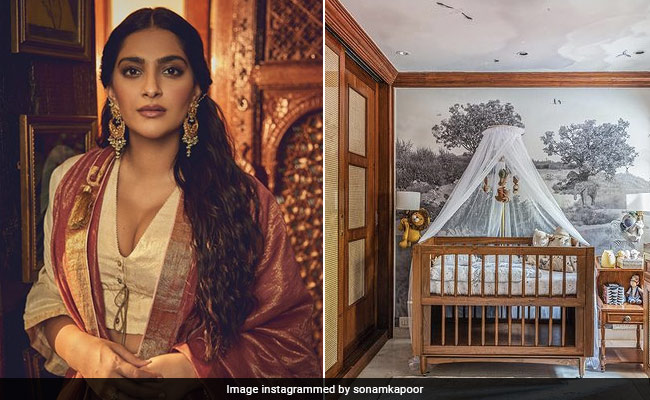 Bollywood actress Sonam Kapoor has recently become a mother and is enjoying motherhood these days. On 20 August, Sonam Kapoor became the mother of a son, whom she named Vayu Kapoor. Sonam Kapoor often shares pictures with her beloved. However, he has not yet made the son’s face public. Sonam Kapoor has made a wonderful nursery for son Vayu, whose glimpse she shared with the fans. Sonam has built a very luxurious nursery for the son.

Sonam has shared the pictures of the nursery and thanked all those people, due to whom this luxurious nursery has been made possible. Sonam has used a lot of wooden work in her son’s nursery. Vayu’s room is giving very peaceful vibes, where anyone will feel relaxed. In the pictures, you can see that there is a big painting in the room, which is giving very cool vibes. You can also see a lot of storage space in the room. Rocking chair is also visible in the room. This room has been designed in such a way that along with the child, the parents can also rest in the room. After seeing such a wonderful nursery, social media users have started commenting and comparing the nursery with the palace.

A lot of toys for Baby Vayu are also visible in the room. There are also big windows so that fresh air can enter the room. You can also see different types of cute cushions on the bed. Vayu will be 3 months old in a few days and seeing his room at this young age, everyone’s eyes are wide open. While sharing these pictures, Sonam has also written a long post. She writes, ‘There is an appreciation post for those who have helped my mother and my baby boy prepare for the arrival. Everything in the room including Vayu’s nursery design, furniture, wallpaper is wonderful ‘.

Share
Facebook
Twitter
WhatsApp
Linkedin
Email
Telegram
Previous articleS Jaishankar met the US Secretary of State in Cambodia, tweeted saying – had a good meeting
Next articleNew MG Hector will be launched on this day, SUV coming with new design and features