Sridevi’s sister Sreelatha is very beautiful, seeing the photos, the fans said – If she was in Bollywood, she would have been a ‘superstar’ like a sister 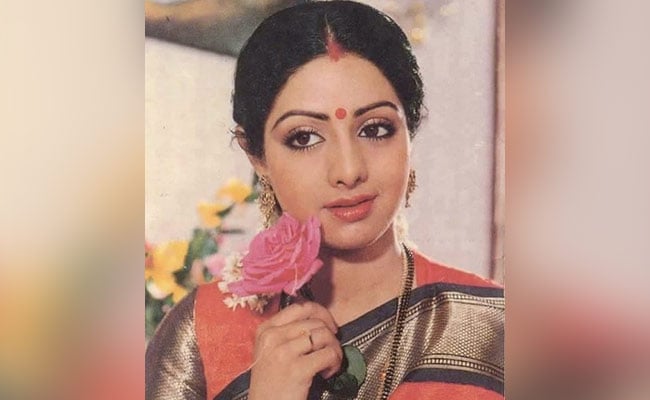 Sridevi has been a popular Bollywood actress. She is not in the world today, but still she lives in the hearts of her fans. He worked in many hit films and even today fans like to watch his movies and songs. She is from South. That’s why very few people know about his family. Today we are introducing you to her younger sister, who is very beautiful and lovely. She used to sprinkle her life on her sister Shri. Her name is Sreelatha.

Srilata : “We vibe so well that we are more like best friends than sisters.”#Sridevi#SrideviLivesForever#ProudSridevians#SrideviKapoor#Sridevians#SrideviForever#RIPSridevi#srilatapic.twitter.com/bciBMF7F3v

Sridevi started working from the age of 4, due to her immense popularity, she left her studies in the middle and started focusing on films. Then his younger sister would often accompany him on the sets and take care of his needs, she was Sreelatha.

@SrideviBKapoor with her younger Sister #Srilata A Very Rare one plz RT if u liked 🙂 pic.twitter.com/NwonJ9Welc

Sridevi and Srilatha were very close to each other. She was not only a real sister, but she also had closeness like friends. It is said that he played a big role behind Sridevi’s successful film career. She stood like a shadow with her sister from 1972-1993. It was Sreelatha who first shot the video of her sister singing and dancing. After marriage, Sridevi felt incomplete without Sreelatha. He showed love for his sister in many interviews.

When Sridevi died, Sreelatha did not come out, which shocked everyone. Her husband came to a prayer meeting organized by Sridevi’s husband Boney Kapoor in Chennai and told that Sreelatha is shocked and does not want to be in the limelight to mourn the death of her sister. Sreelatha lives in Chennai, she does not like lime light and prefers to lead a normal life.

Share
Facebook
Twitter
WhatsApp
Linkedin
Email
Telegram
Previous articleFan had crossed all limits by sending a bottle full of blood and obscene pictures, Raveena Tandon had to bear it…
Next articleDrafted Tests Resilience of Spain’s Olive Groves and Farmers