Sridevi’s son Romi grows up as handsome hunk in Judaai, making a splash in web series and films 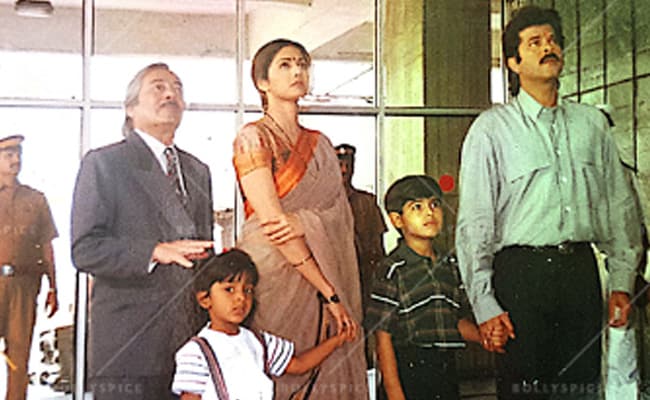 Sridevi Film Judaai: Judaai has also been one of Sridevi’s hit films. There were many big stars in this film. Anil Kapoor, Sridevi and Urmila Matondkar were in lead roles in this 1997 romantic comedy film directed by Raj Kanwar. While Kader Khan, Farida Jalal, Johnny Lever, Paresh Rawal, Upasana Singh and Saeed Jaffrey were in supporting roles. Sridevi and Anil Kapoor had two lovely children in this film. The fans also liked the cuteness of both the children. Child actor Master Omkar Kapoor was in the role of his son in the film.

The film was a remake of the 1994 Telugu film Subhalaganam. The story of the film was of a wife who sells her husband for money and gets him married again. A film with such a story became a topic of discussion at that time and the film earned a lot. The film grossed 28.77 crores and became the eighth highest grossing Indian film of 1997.

Romi did a great acting in the role of Sridevi’s son in the film. Omkar is now 35 years old and looks like a handsome hunk. He started his career in 1996 as a child artist with the film ‘Masoom’. The song ‘Chhota Bachcha Jaan Ke Na Koi Aankh Dikhana Re…’ from this film was a huge hit at that time. In Judwaa, he was seen in Salman Khan’s childhood role, while in ‘Hero No. 1’, he was seen with Govinda.

Omkar later appeared in films like ‘Panchnama 2’ and ‘Jhootha Kahin Ka’. Omkar has changed a lot now and it is difficult to recognize him. Omkar, who looked cute and mischievous in childhood, now looks very dashing.

Share
Facebook
Twitter
WhatsApp
Linkedin
Email
Telegram
Previous articleThis feature will tell the condition of your city, check the ‘Air Quality’ of your area like this
Next articleLPG Cylinder: Now there will be no forgery in cooking gas, government is making ‘Aadhaar card’ of cylinder – lpg cylinder will carry qr code soon to avoid fraud how it will works

Shivangi Joshi fell in love with this TV actor after Mohsin! Said this on relationship