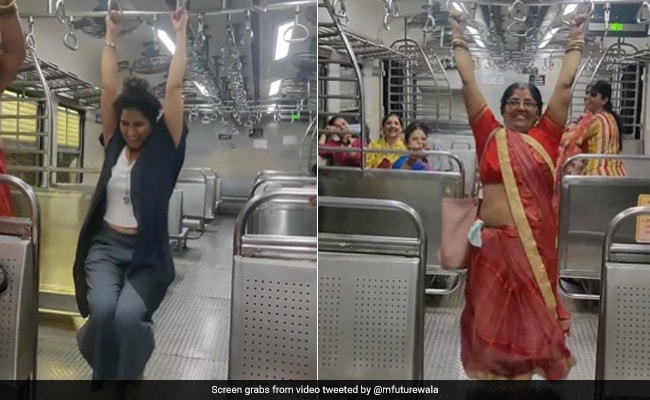 Metro has made life easy. Traveling has become easier with this, while time is also saved. If you also travel in metro everyday, then you must have seen different types of people everyday in metro. Many times such scenes are seen in the metro, about which one laughs many times. There are fights and fights in the metro every day, while many passengers win the hearts of people by making videos of dance and reels. Although this video going viral is quite different.

Where in this video women have done something which brought a smile on people’s faces. This video is becoming increasingly viral on social media. It is seen in the viral video that two women are traveling in an empty train compartment. Both of them start swinging by holding the hook attached to the train. They don’t care about anyone around and both are swinging in their own fun.

A Twitter user named Mohammed Futurewala has shared. Users have made a lot of comments on this video. One user has written, it is going to make the mind happy. Another user has written, Good Vibe. At the same time, many other users have shared laughing emojis on the post.

Share
Facebook
Twitter
WhatsApp
Linkedin
Email
Telegram
Previous articleRecorded increase in crude oil prices today! Know in which cities the prices of petrol and diesel increased
Next articleKnow where ‘Rock On’ fame Koyal Puri is now missing, she made an entry with this film