The look of Chhoti Manu of ‘Jhansi Ki Rani’ has changed, fans were also surprised to see the latest photo 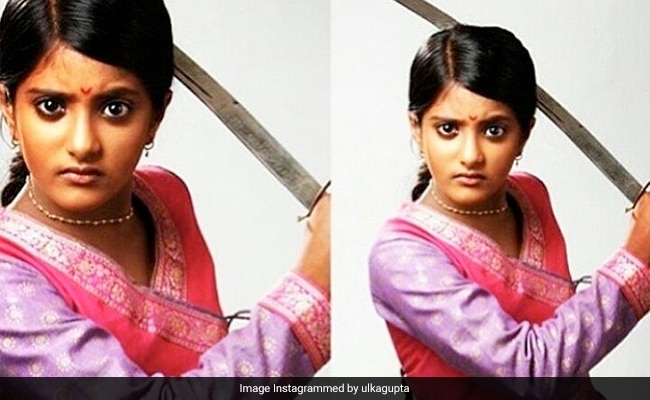 Manu of ‘Jhansi Ki Rani’ now looks like this

A serial came on TV in the year 2009-10. The name of this serial was ‘Jhansi Ki Rani’. This serial based on the life of Rani of Jhansi was very much liked. In this serial, the character of Nanni Manu was played by Alka Gupta and for this she was highly praised. She did the role of Manikarnika i.e. Manu with full dedication. But the same Manu has grown up now and her entire look has changed. Even the fans are surprised to see the latest photo.

Alka Gupta is very active on social media and constantly shares her latest pictures with fans. It is becoming difficult for the fans to recognize him in these latest photos and he is also praising him fiercely. After ‘Jhansi Ki Rani’, Alka has also appeared in many films and TV serials and has gained a lot of popularity from them too.

Recently, Alka Gupta’s ‘Bunny Chow Home Delivery’ drama series was also released which is available on Disney Plus Hotstar. Alka’s work was also liked in this serial. Apart from this, Alka has played the role of Devon Ke Dev… Mahadev Devi has played the role of Kanya Kumari, apart from this, she has worked in the serial ‘Khelti Hai Zindagi Aankhamicholi’. Alka Gupta has also appeared in Telugu, Hindi, Bengali and Marathi films. She has also been a part of Amazon Prime Video’s Modern Love Hyderabad.

Share
Facebook
Twitter
WhatsApp
Linkedin
Email
Telegram
Previous articleWhat did CM Yogi say by giving chocolates to the children of the woman complainant who came to the public court?
Next articleIND vs NZ: New Zealand on Hardik Pandya’s target, not only lost T20 as captain, but also won 5 IPL titles

VIDEO: Will Dimple get justice? Anupamaa will be seen angry as ‘Mardaani’