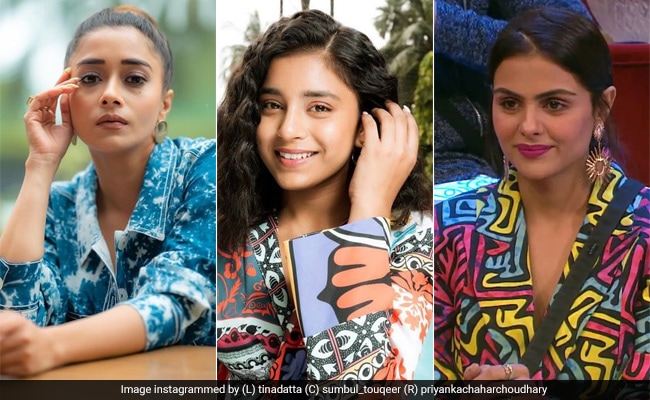 These contestants of Bigg Boss 16 have been seen in films

The day-to-day fun, ruckus and fights of Bigg Boss are being liked by the audience. In the new season, if someone is coming close to someone inside the house, then someone’s fight is making headlines. Amidst the deteriorating relationships, what is going on in the Bigg Boss house is entertaining the fans. Contestants, who are fighting over small things in the Bigg Boss house, have tried their luck on the big screen before appearing in this show. Let us know which are the contestants, who have also shown on the big screen.

Tina Dutta’s fan following has increased even more after coming to the Bigg Boss house. She is known from house to house from the TV serial ‘Uttaran’ but do you know that Tina has also worked in Bengali films. She has also appeared with Bollywood actress Vidya Balan. His cameo role in ‘Parineeta’ was well received by the audience. Tina Dutta played the role of Kishori Lalita in this film.

Another contestant of Bigg Boss, Priyanka Chahar has made her mark with shows like ‘Tejo’ and ‘Udaariyan’. Priyanka has also worked in many films. His acting in ‘Pending Love’, ‘Lateef To Laden’ and ‘Candy Twist’ has received a lot of praise.

Sumbul Tauqir has been quite a hit since the name was finalized in Bigg Boss. She is seen playing safe in the Bigg Boss house. Hardly you would know about Sumbul, who has made her mark as a TV actress, that she has appeared in the film ‘Article 15’ with Ayushmann Khurrana. His role in this film was small but left his mark.

Shaleen Bhanot, who came in the discussion about chicken and protein, has also tried his luck on the big screen. Shalin Bhanot has worked in TV serials like ‘Ayushman’, ‘Saat Phere’, ‘Naagin’. This is where his identity comes from. But do you know that he has also appeared on the big screen. In 2016, Shaleen Bhanot acted in the film ‘Love Ke Funde’.