These two cute kids seen in the photo are no less than a star, are related to two big families of Bollywood, know? 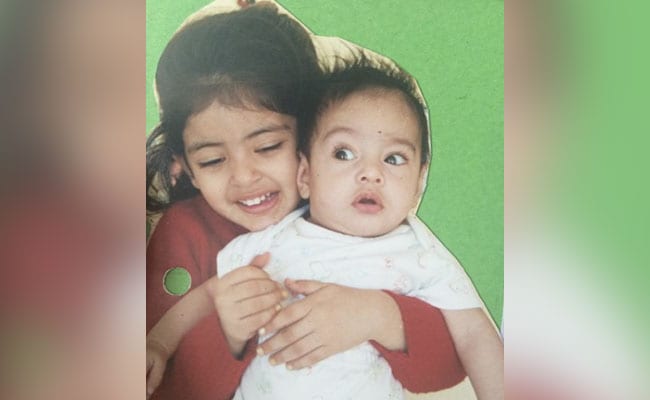 Celeb Photo Challenge: These two cute kids seen in the photo are very special. He is from the family of Bollywood superstars. His family has given a lot to the film industry. Both are grandson and granddaughter of superstars. His maternal grandparents, grandparents, maternal uncles are big stars. His family name is in the film industry and business. Let us give you a clue, both of them are related to the family of Raj Kapoor, who is called the show man of Bollywood, while they are also related to the Bachchan family. Both grow up to look very glamorous. The boy seen in the photo is debuting in Bollywood, while the girl seen in the photo is no less than a star.

By now you might have recognized these two and if you have not recognized them, then let us tell you that both of them are the grandsons of Raj Kapoor’s daughter Ritunanda. Where it is Navya Naveli Nanda and Agastya Nanda. Navya and Agastya’s maternal grandfather is Amitabh Bachchan. At the same time, Abhishek Bachchan and Aishwarya Bachchan are his maternal uncles.

Navya Naveli Nanda recently shared this photo on her Insta account. Navya is looking very cute in this throwback picture. He is wearing a tomato red color sweater. At the same time, his brother is seen in this photo in a white T-shirt. He shared this photo on the birthday of brother Agastya. Navya Naveli Nanda shares a lovely relationship with her brother Agastya Nanda. On the 21st birthday of his younger brother, he wished by sharing a childhood photo.

Navya Naveli Nanda, granddaughter of Amitabh Bachchan and Jaya Bachchan, is the founder of Project Naveli and the co-founder of Aara Health. Agastya, on the other hand, is all set to debut with Zoya Akhtar’s The Archies alongside Suhana Khan and Khushi Kapoor.

Share
Facebook
Twitter
WhatsApp
Linkedin
Email
Telegram
Previous articleFour malicious apps found on Google Play Store, delete them immediately from the phone, otherwise there may be a big loss
Next articleShahrukh Khan said this about Akshay, Ajay and Salman, also made revelations about Pathan