This little girl seen in the photo has been the heroine of Aamir Khan, Salman Khan and Akshay Kumar, married a big businessman, recognized? 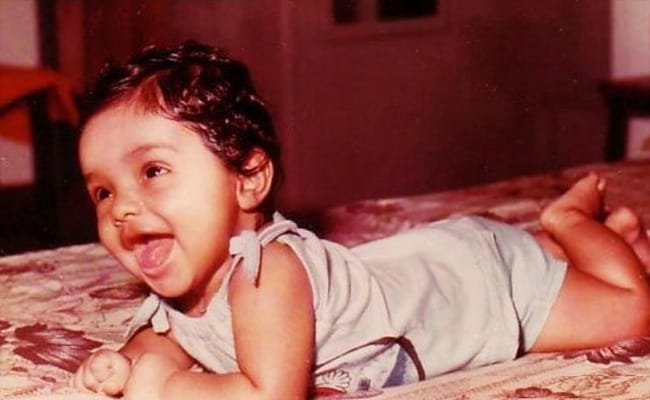 This little girl has been heroine of Aamir Khan, Salman Khan and Akshay Kumar

This cute little girl laughing while lying down looks very beautiful and glamorous after growing up. The photo of this cute little girl is getting viral on social media these days. Fans are taking the challenge to identify it. Although the fans are not able to recognize this girl even after lakhs of attempts. This girl has grown up and appeared in many South films. She has been a part of many hit films in Bollywood as well and has been the heroine of not only South but also Bollywood superstars.

If you haven’t recognized it yet, then let us tell you, this is a childhood photo of actress Asin. Asin started her career with South Indian films, then she made her Bollywood debut. Asin worked with Aamir Khan, Salman Khan and many big actors.

Talking about personal life, Asin Thottumkal was born on 26 October 1985 in a Catholic family of Cochin, Kerala state. His father’s name is Joseph Thottumkal, who is originally from Thodupuzha. He decided to close his business and take over his daughter’s acting career. He was associated with many businesses and was a well-known businessman. Asin married Micromax co-founder Rahul Sharma in 2016 and took a break from acting. He has a four year old daughter.

Let us tell you that the Hindi film Ghajini was very important for his career. With this film, his career graph suddenly went up. Asin appeared in the lead role in many Hindi films, including films like Ghajini, Ready, Bol Bachchan, All Is Well.

Share
Facebook
Twitter
WhatsApp
Linkedin
Email
Telegram
Previous articleOn being questioned on Pakistan PM’s tweet, Babar Azam said – ‘I have no information’
Next articleITBP Recruitment 2022: Vacancy for the posts of constable for 10th pass, can apply from this date