When Rubina was in pain remembering the days of Struggle, she told the dark truth of the TV industry 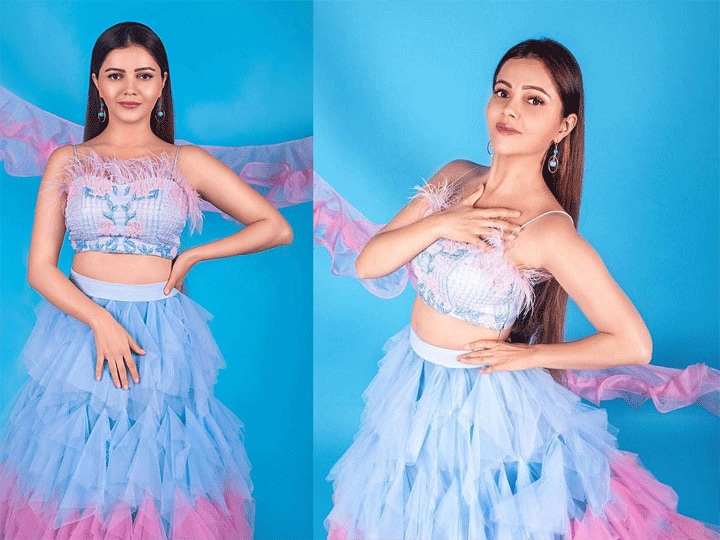 Rubina Dilaik On Her Struggle: As Choti Bahu, Rubina Dilaik made her own identity from house to house. These days she is making a lot of headlines for Rohit Shetty’s stunt show Khatron Ke Khiladi 12. Rubina took seven rounds with Abhinav Shukla in the year 2018. During an interview, Rubina had told the dark truth of the TV industry, which would not be so easy to believe. Rubina shared her experience of working in the TV industry. The actress told that she had got a show like Choti Bahu, she was very happy to get such a big break. But at the same time, they had to pay the price through economic agreements.

Rubina further told that this was not a new trend, the same thing happened to me which was going on for years. I also had to follow it, because I was completely new in the industry at that time. Gradually I started to understand work ethics and legal matters. Rubina said that while working in the industry, she came to know that 90 percent of actors who sign contracts are one-sided. The actress said that this contract is in the interest of the production house itself.

read this also:- Emotional post of daughter Taamara in the name of singer KK, miss eating cake with you..

Rubina’s pain spilled by remembering the days of Struggle

If an actor wants to make changes in it, then he is told that we cannot make any changes in it, if you want to work with us then these rules have to be followed. Talking about this, Rubina further said that work for 12-12 hours for 30 days and get the money after 90 days. Sometimes it takes even more days. All this is not right anywhere at all and is absolutely against the working law.

Rubina did this work in difficult situations

The actress said that due to the difficult situation, she also did a double role in her career but she was not paid the fees for the last three months. This fee was in lakhs, the biggest problem came when the show went off air. Rubina said that they talked for fees for about 9 months, the association also made false promises but did not get any help.