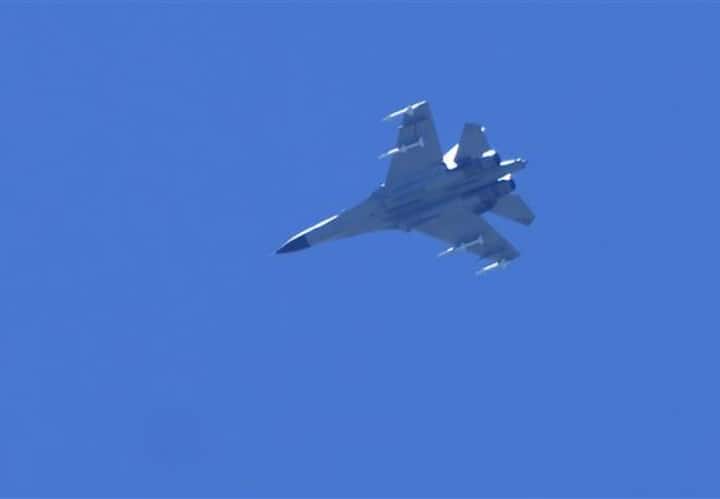 Ex-UK Pilots Lured to Help PLA: China is inviting and hiring retired military pilots of Britain (Ex-UK Pilots) by luring them with a huge package. Britain has prepared to issue an alert after detecting Chinese handiwork and is reminding its soldiers of the Official Secrets Act. Such a claim has been made in a report.

According to the BBC report, it is believed that 30 former British military pilots have gone to train members of the People’s Liberation Army of China. Due to this, Britain is issuing intelligence alerts to warn former military pilots. British officials say China’s efforts to lure former pilots are ongoing and have only recently gained momentum.

China is giving so much package to the pilots

A UK Defense Ministry spokesman said the training and recruitment of pilots did not violate any existing British law, but officials in the UK and other countries were trying to stop the activity. A Western official said that China is offering a package of up to 237,911 pounds (in Indian currency today Rs 2,20,90,671.57), which is an attractive package and money is a strong motivator.

What is China’s plan?

China is using retired British pilots to understand how the British Air Force operates, such as how British fighters and pilots operate. For China, this information can be useful in the event of conflict as news of its possible war with Taiwan keeps coming.

The western official said that those pilots have good knowledge about this. China is taking on highly experienced Western pilots to help develop its air force’s strategy and capabilities. Britain first became aware of some cases of recruitment of former military pilots in 2019, which were dealt with on a case-by-case basis. During the Corona epidemic, when travel to China was almost impossible, the pace of recruitment of pilots slowed down, but now efforts have increased again, which has created the need for alerts.

The official said that now it has happened very fast, even the present serving personnel are being lured but no one has accepted. He said the pilots have experience in flying speedy jets and helicopters and are not just from the Royal Air Force, they have served in the army and have flown aircraft like Typhoon, Jaguar, Harrier and Tornado.

The official said that the pilots flying the F-30 are not believed to be involved in this. However, China is also interested in them. Some pilots are fifty years old and have left the army sometime back. Pilots from other allied countries are also being lured.

Recruitment is being done through this country’s firm

Officials said the pilots were being recruited through intermediaries, including a specialized flying academy in South Africa. There is no evidence that any pilot has violated the Official Secrets Act or committed any offence. The purpose of the alert is to stop the activity and inform the existing employees not to participate in such recruitment. They should be reminded of their obligations to protect sensitive information.

A spokesman for the UK Defense Ministry said this

“We are taking decisive steps to stop Chinese recruitment plans for current and former pilots to train PLA personnel in China,” a spokesman for Britain’s Defense Ministry said. “All serving and ex-servicemen are already under the Official Secrets Act. We are reviewing the use of confidentiality agreements and nondisclosure agreements in defense while the new National Security Bill will create additional measures to address contemporary security challenges, including this.