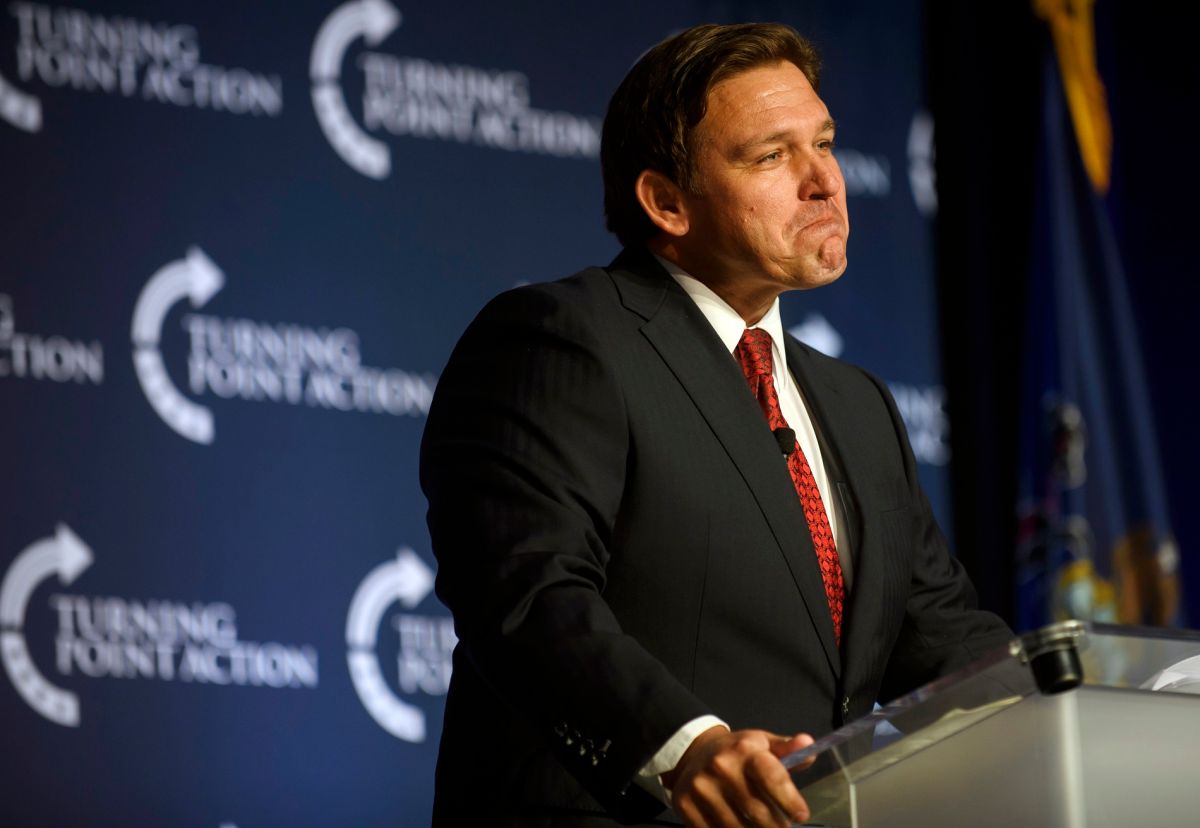 If it is proven that the government of Ron DeSantis deceived the Venezuelan immigrants that he sent from Florida to Martha’s Vineyard, in Massachusetts, an investigation could be established for human trafficking, indicated the organization Polaris, specialized in trafficking.

“Human trafficking is a complex crime,” said Catherine Chen, executive director of Polaris, stating that traffickers “traffick people”, that is, they transport them under false pretenses from one place to another for financial or other benefit. Type.

The expert explained that, if in the case of immigrants sent to Florida they were told that they were going to Boston, instead of Martha’s Vineyard Island, then it would have to be investigated as possible human trafficking, especially if it is shown that it was done in benefit of an elected official.

“If the migrants were defrauded, and if this fraud was intended to be a vehicle for someone’s material benefit, including an elected official, then there is a case to investigate it as trafficking. [de personas]Chain exposed.

Chen argued that human trafficking is a federal crime with a “clear definition.”

“Human trafficking is the use of force, fraud, or coercion to exploit other people for financial or personal gain,” he said. “Despite popular misconception, traffic has nothing to do with transportation.”

The expert said her organization is “deeply concerned” about the way immigrants are transported from Texas and Florida to other states, including Washington, DC.

The organization cites a report by The Washington Post that indicates that immigrants “received a wrong guide” to inform an erroneous agency in the Department of Homeland Security (DHS).

“According to reports, these acts of calculated deception were used to misinform migrants into boarding buses and planes,” Chen said. “Unfortunately, this tactic is well known in the anti-trafficking world. Migrants are regularly tricked and scammed as part of their trafficking experience, with smugglers and exploiters taking advantage of their recent arrival, limited English proficiency, and unfamiliarity with our government systems and labor laws.”

The expert cited one of the Polaris studies, carried out between 2018 and 2020, which indicates that among 4,000 legal temporary workers in the United States, 34 percent of the cases, migrants reported that the misrepresentation of the destination-employment situation was part of your human trafficking experience.

Several civil organizations that defend immigrants have described as “kidnapping” the actions of the DeSantis government, which would have paid more than $600,000 dollars to an aviation company before transporting the Venezuelans, who have open asylum cases in immigration courts, that is, they are not undocumented.

Lawyers representing immigrants who were sent to Martha’s Vineyard Island called Sunday for a criminal investigation, saying the migrants were misled with false promises of legal advice, education and work.

Polaris is a national organization that coordinates with other groups worldwide against human trafficking and smuggling. If you or someone you know is facing a problem labor trafficking or sex trafficking you can ask for help at 1-888-373-7888 or text 233733 (Befree), They serve in different languages.

Share
Facebook
Twitter
WhatsApp
Linkedin
Email
Telegram
Previous articleInterview: Nityanand Rai said on Tejashwi Yadav’s challenge – He has cooled me down, soon everyone will see
Next articleThese five batsmen can score the most runs in the T20 World Cup, only one Indian in the list