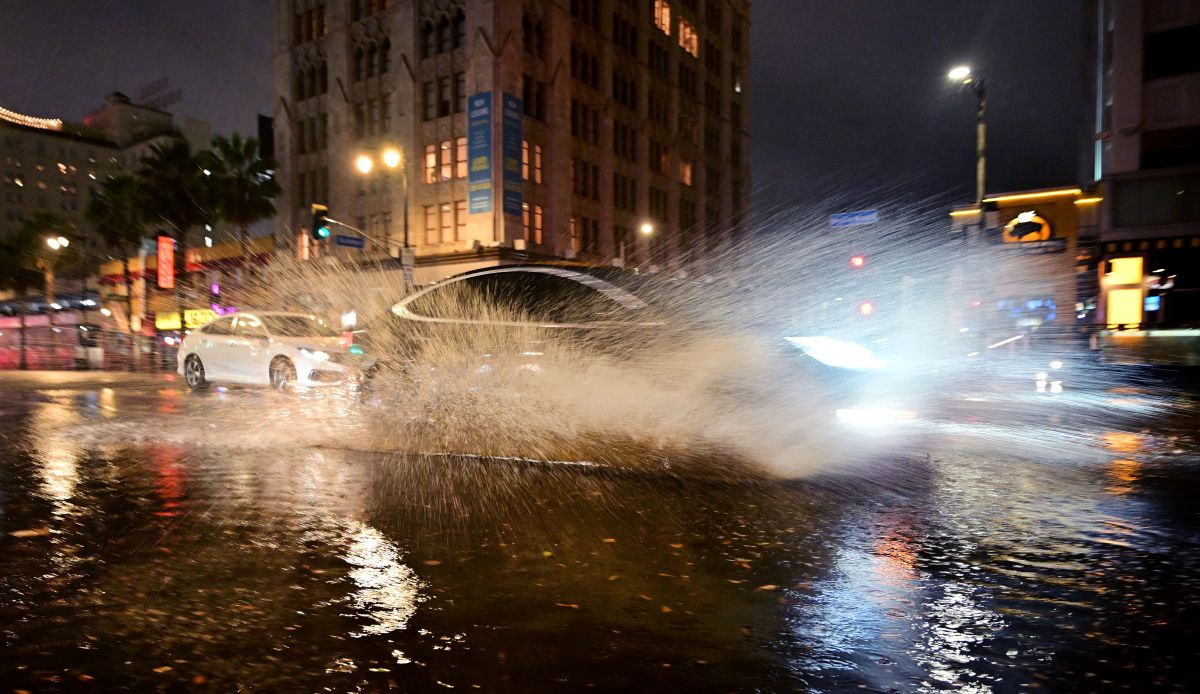 The tropical storm kay downgraded to a post-tropical cyclone on Saturday as it weakened and moved away from Baja California, reported the National Hurricane Center (NHC).

As the Kay continues to weaken, heavy rains and flash flooding, especially in areas with sensitive soils, remain a threat to parts of southern California, southern Nevada, and northwestern Arizona as the storm moves into the eastern Pacific over the weekend, according to forecasters.

Up to 2 inches of rain could fall this weekend in some areas and se issued flood warnings for 8 million peopleincluding residents of Las Vegas and Palm Springs.

However, increased cloudiness and moisture from Kay will ease the record heat that has plagued the West for the past two weeks, the National Weather Service said.

The fire activity in california it was also reduced due to moisture following Cyclone Kay.

California’s Fairview Fire, which claimed two lives after breaking out southeast of Los Angeles on Monday, was 40% contained as a result of Kay, according to the California Department of Forestry and Fire Protection (CAL Fire). The 28,307-acre fire is expected to be fully contained by Monday.

Even with the rains, four uncontained fires burned in Southern California on Saturday and five are burning in the northern half of the state, according to the National Center for Interagency Coordination.

The San Diego Weather Service office reminded residents that despite the rain, summer is still here and strong. High temperatures expected in the upper 80 F for much of urban Southern California on Monday and Tuesday.

Share
Facebook
Twitter
WhatsApp
Linkedin
Email
Telegram
Previous articleLemonade protects against these serious diseases by strengthening immunity, also effective in weight loss
Next articleTwitter has put a limit on the edit button, will be able to edit tweets so many times in 30 minutes