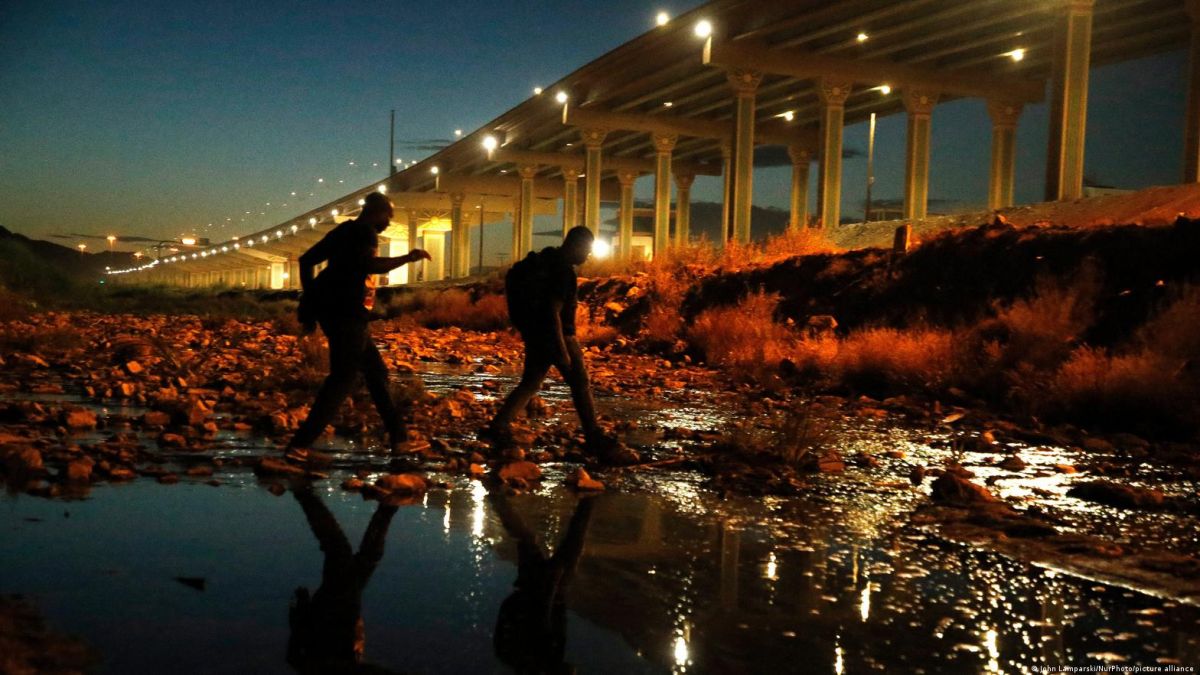 Hundreds of migrants of Venezuelan origin crossed the Rio Grande border, a natural division between Mexico and USAat the Juarez-El Paso intersection, and managed to advance to US territory to surrender to the authorities, according to activists.

In some cases, the migrants were part of entire families and, in the massive crossing, it was possible to see from children to the elderly, all with the purpose of fulfilling “the American dream.”

According to witnesses, the migrants ventured across the river and, on Saturday afternoon, the largest group was about 300 people. However, during the day they were crossing in more compact blocks.

The attempts of the Venezuelans had the inaction of the agents of the National Guard and the National Migration Institute of Mexico, who did little or nothing to stop them.

“The migrant phenomenon changes constantly, we ask migrants not to risk crossing through a point that is not an enabled border bridge. This crossing is something that in no way favors them,” the general coordinator of the State Population Council (Coespo) of Ciudad Juárez, Enrique Valenzuela, told the Efe news agency.

The official pointed out that the massive crossing surprised him and added that the institution he represents “seeks to serve the population, regardless of the destination they intend to reach.”

In addition, he asked the migrants not to believe in the information they receive from the “polleros” (human traffickers), since the only thing they seek is to enrich themselves with the money of migrants who are hoping to cross into the United States.

They criticize lack of US investment

“Venezuelan migrants are crossing to give themselves up, this is an example of how the system has not been repaired, which has been broken and those families that should pass legally (to the US) have not been able to,” he told Efe the executive director of the Border Network for Human Rights organization in El Paso, Texas, Fernando García.

This Friday, two buses full of migrants, most of them Venezuelans and Nicaraguans, who are looking for new opportunities, arrived in Chicago.

Follow this and more news 24 hours a day at @ViX, #ViX #ViXStreaming #ViXFreehttps://t.co/Zqe4T84cm1

In addition, he pointed out that the United States government “has not invested in shelter infrastructure and has done so in resources to reinforce the border patrol.”

A few weeks ago, the United States Department of Homeland Security (DHS) extended the Temporary Protected Status designation for migrants from Venezuela for 18 months beginning in September.

DHS estimates that some 343,000 Venezuelans are eligible for the protected status originally approved in March 2021 by the Joe Biden administration.

The region is experiencing a record migratory flow to the United States, whose Customs and Border Protection (CBP) has intercepted more than 1.7 million people so far in fiscal year 2022, which began last October.

In addition, Mexico received a record of more than 58,000 refugee applications in the first half of 2022, an annual increase of almost 15%, according to the Mexican Commission for Refugee Assistance (Comar).

Share
Facebook
Twitter
WhatsApp
Linkedin
Email
Telegram
Previous articleDue to dampness and moisture, termites have started in the house and furniture, so get rid of this way
Next articleAntibiotics may have to be taken repeatedly, these problems may occur

JEE and NEET both will crack the exam, start studying like this from today itself