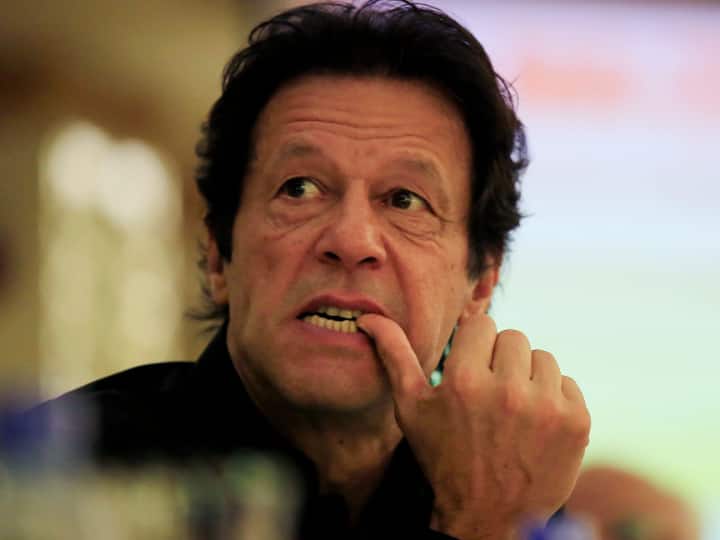 Deadly Attack On Imran Khan: Imran Khan, the head of Pakistan Tehreek-e-Insaf, who was carrying out a freedom march in Pakistan, was attacked by a deadly attack. In this attack, he has been shot on his feet and the attacker has been arrested. Imran Khan has been taking out a long march from Lahore to Islamabad for the last several days with the aim of overthrowing Shahbaz Sharif from power. Meanwhile, there was a deadly attack on his container near Gunjrawala.

It is being told that the attacker armed with AK-47 rifle opened fire on Imran Khan. One person has died in this attack and many people have been injured. PTI leader Ismail has said that 3 to 4 bullets have been fired in Imran Khan’s legs. He told that the attacker was carrying an AK-47 rifle. PTI supporters present at the rally caught hold of the attacker and stopped him from attacking. Imran Khan was spewing fire against the army, ISI and Shahbaz Sharif government for the last several days. Recently, he had also praised India and was also in the discussion about elections.

In Pakistan, there is a war going on between Shahbaz Sarkar and Imran Khan. In the meantime, he also praised India and after that their discussion started. While praising India, Imran slammed the Sharif government, calling the foreign policy independent. At the same time, he targeted his country’s intelligence agency ISI and said that he would expose the agency.

The politics of Pakistan has turned 360 degrees at this time. Imran, who was once close to Qamar Bajwa, has now reached the figure of thirty-six and Shahbaz has now stood with the army chief. It is also interesting that for the first time the Pakistan Army has to openly say that it has nothing to do with politics.

Imran’s discussion on winning 7 seats in the by-election

Giving a tremendous blow to Pakistan’s Prime Minister Shahbaz Sharif, Imran Khan’s party had also created a buzz by winning 7 seats in the recently held by-elections. In the by-elections held in 11 seats of Parliament and Provincial Assembly in Pakistan, Imran won the maximum number of 7 seats. The direct contest in this by-election was between Shahbaz Sharif’s PMLN and Imran Khan’s PTI. The big thing is that next year general elections are to be held in Pakistan. Before that, this election was an opportunity for political parties to test their popularity. That is why once again Imran Khan was discussed.

Discussion on the Long March

The Election Commission of Pakistan has disqualified Imran from contesting elections in the Toshakhana case and recommended legal action against him. Whereas Imran Khan called it politically motivated. Imran Khan was accused of not properly disclosing the gifts he received from foreign guests. These gifts include Rolex watches, rings and a pair of cuff links. Imran has called this matter a conspiracy against him and he has gone out on a long march to the supporters to express his protest.

Feds: Pilot Spoke Of Plane Issue Before Crash That Killed 2