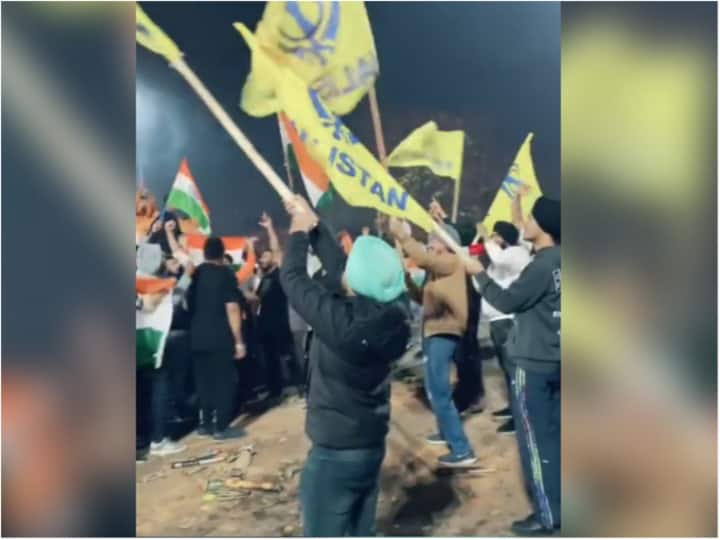 On this matter, the police have said that one person has also been injured in the violent clash. After which he has been admitted to the hospital and treatment is going on. However, the police have not arrested any person from either group. According to the news, after getting the news of the uproar, the police reach there and somehow intervene.

DIWALI NIGHT ‘FIGHT’: A flag-waving faceoff between Indian & Khalistan supporters at Westwood Mall, Malton-Mississauga, on Diwali night appears to have triggered what Peel Police described as reports of “400-500 people fighting in a parking lot.” One person was injured. https://t.co/EBC0HAKLKP pic.twitter.com/FIA3vbELpd

What to say to the police?

Talking to Toronto City News, Police Constable Mandeep Khatra said that there have been separate clashes. The whole group has not fought together. It was learned that small groups were involved in this fight and not the whole group. He further told that we got information that a fight has taken place. When the police reached there, there was a huge crowd. Many people were gathered there and people were shouting loudly. There was a celebration of Diwali, so the police was also working to maintain peace in the area. The crowd was driven away from there and even after that the patrolling continued.

Supporters of Khalistani are creating riots in Canada

Share
Facebook
Twitter
WhatsApp
Linkedin
Email
Telegram
Previous articleIncluding these 5 super healthy beans in the diet will provide essential nutrients
Next articleIPL mini auction can also be held in Istanbul, know which cities of India are included in the list

Nepal Election: Big blow to pro-China KP Oli, ruling alliance wins most of the seats in 4 provinces of Nepal