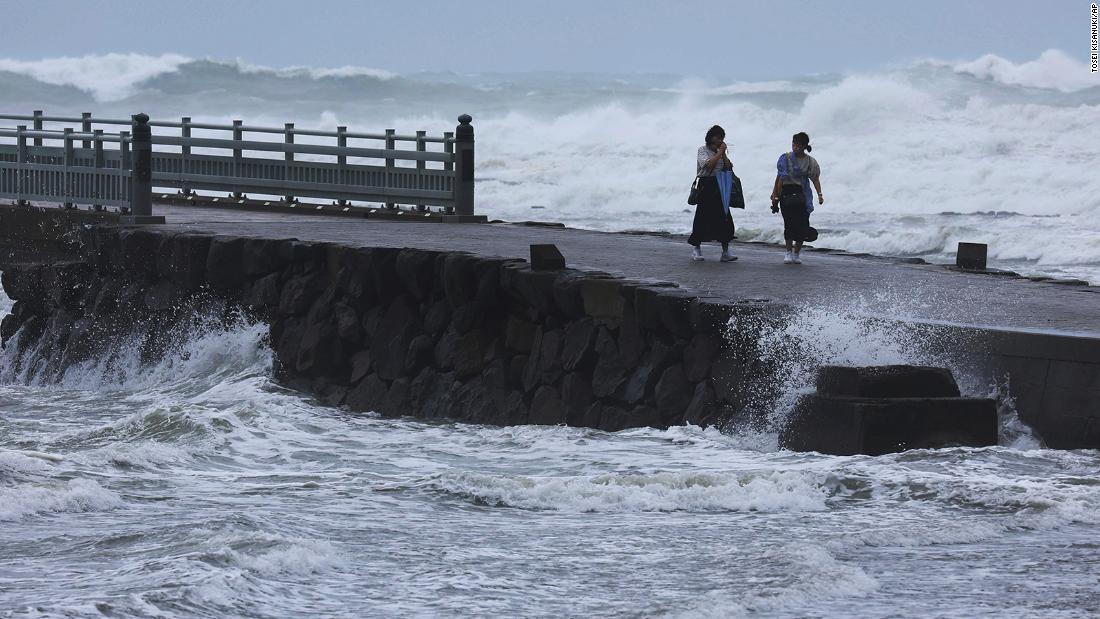 The typhoon is forecast to hit one of Japan’s southwestern islands, particularly southern Kyushu within Kagoshima Prefecture, according to NHK.

Residents of 965,000 households across the coastal cities of Miyazaki, Kagoshima and Amakusa have been ordered to evacuate.

More than 14,000 people have been issued an alert at the highest level on Japan’s disaster alert scale in the city of Nishinomote on Kyushu island, NHK said.

The Japan Meteorological Agency (JMA) said, “It is likely to be recorded heavy rain and an emergency heavy rain warning will be issued.”

“The highest level of alert is required for rising water levels and river flooding, landslide disasters and low-lying floods.”

Ryuta Kurora, a JMA official, warned on Saturday that houses could collapse due to strong winds. Kurora residents urged to evacuate before the storm hits to avoid the risk of landslides and flooding.

According to NHK, Japan Airlines and All Nippon Airways have already canceled at least 335 flights scheduled to depart or arrive at Japanese airports on Sunday.

“The eye of Typhoon Nanmadol is clearly visible in satellite images. The typhoon has developed rapidly since Friday night,” NHK reported.