More than 15 lakh people imprisoned, guards every 100 feet, know how the fortifications were done for Jinping 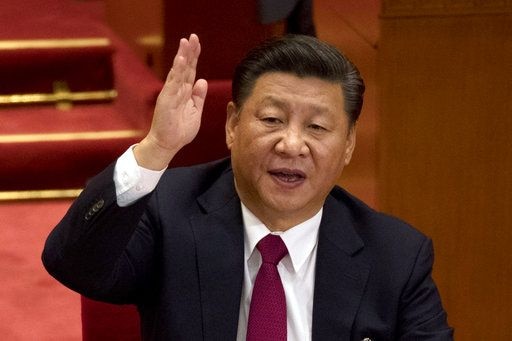 China Most Powerful Leader Xi Jinping: Chinese President Xi Jinping has succeeded in getting another term. He has made all preparations to establish himself as the most powerful leader in China after Mao Zedong. At the same time, the officials are also leaving no stone unturned to ensure that everything goes as planned. How prepared the officials are can be gauged from the fact that as the 20th Communist Party Congress began on Sunday, hundreds of volunteers took to the streets in Beijing to suppress any protest.

Strict guard during the organization of Communist Party Congress

According to a report in the New York Times, these volunteers were placed at a distance of 100 feet or more to ensure that any threats could be eliminated immediately. The report said that the manner in which Beijing has been converted into a fortress during the communist party congress shows what they have done in the last 5 years.

Zero Kovid is getting double whammy

The people of China are troubled by the policy made about it more than Kovid for the last 2 years. China’s zero covid policy is hurting people double. Even though most of the countries of the world have now come out of this crisis, but China still seems to be trapped in it. There still zero covid policy is strict. If a person is returning after traveling from a single Kovid area, then his entry in the city is being stopped.

On this, people are taking out anger against the government on social media. Some people are constantly requesting that they have to return to work, while some are asking for an entry to return immediately, saying about surgery. At the same time, some people have also complained that their companies did not allow them to go home even on the occasion of the 7-day holiday on National Day last week. The company is afraid that if we go home, we will not come back.

watch every movement of people

According to this report in the New York Times, officials of the Department of Posts have been instructed to check the IDs of all people mailing anything to Beijing. Until the big meetings of the Communist Congress Party are over, these people will keep patrolling and keep an eye on the common people.

The scale and size of the conclave, which is held once every five years, is evident from some of the other extreme measures taken by the authorities. In the capital, armed officers also checked cyclists and pedestrians intermittently. Last month, a government official announced that we have arrested more than 1.4 million criminal suspects nationally since the end of June. These people were seen in some way or the other against the government. Whatever minor protests took place, the authorities quickly repulsed them.

Share
Facebook
Twitter
WhatsApp
Linkedin
Email
Telegram
Previous articlePeople are not happy with the collegium system, it is the job of the government to appoint judges; Important comment by Kiren Rijiju
Next articleNotorious Diwakar arrested along with 6 henchmen wanted in 30 cases, arms-cartridges recovered