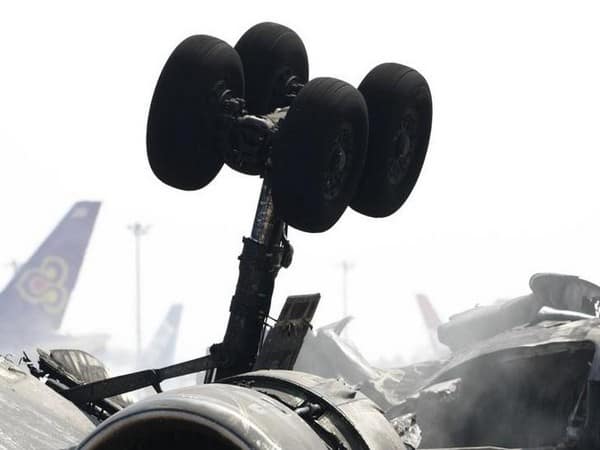 Texas Two Planes Collide: Two planes have collided in the sky in Texas, USA. A shocking video of this collision has also surfaced. Both these planes that hit the air were vintage military aircraft that had come to attend the air show in the city of Dallas, Texas. While performing tricks in the air show, both the planes collided in the air.

The accident happened around 1.30 pm on November 12. The vintage air show was going on in Dallas, Texas. A Boeing B-17 was performing tricks in the air, when suddenly another plane named Bell P-63 came near this plane and before anyone could understand anything, both of them collided.

6 people died in the accident

More than 40 fire brigade vehicles reached the spot to douse the fire and the mission to save lives from the debris is on. There were 6 people including the pilot in both the aircraft. All these 6 people are estimated to have died.

In several videos posted on Twitter, two planes are seen colliding in the air. Both the planes were performing juggling in the sky, when suddenly they collided and clouds of black smoke flew in the sky. The FAA and the National Transportation Safety Board have launched an investigation into the accident.

The question is arising as to how such a big mistake happened in the air show. How did professional pilots make such a big mistake? How did the planes on which the Allied countries defeated Germany in the Second World War so carelessly collided. These questions can be answered soon because the Federal Aviation Minister of America has started its investigation.

Police: 3 Sought in Stabbing at NJ Casino That Wounded 3

Arizona Saw an Increase in Child Deaths During 2021