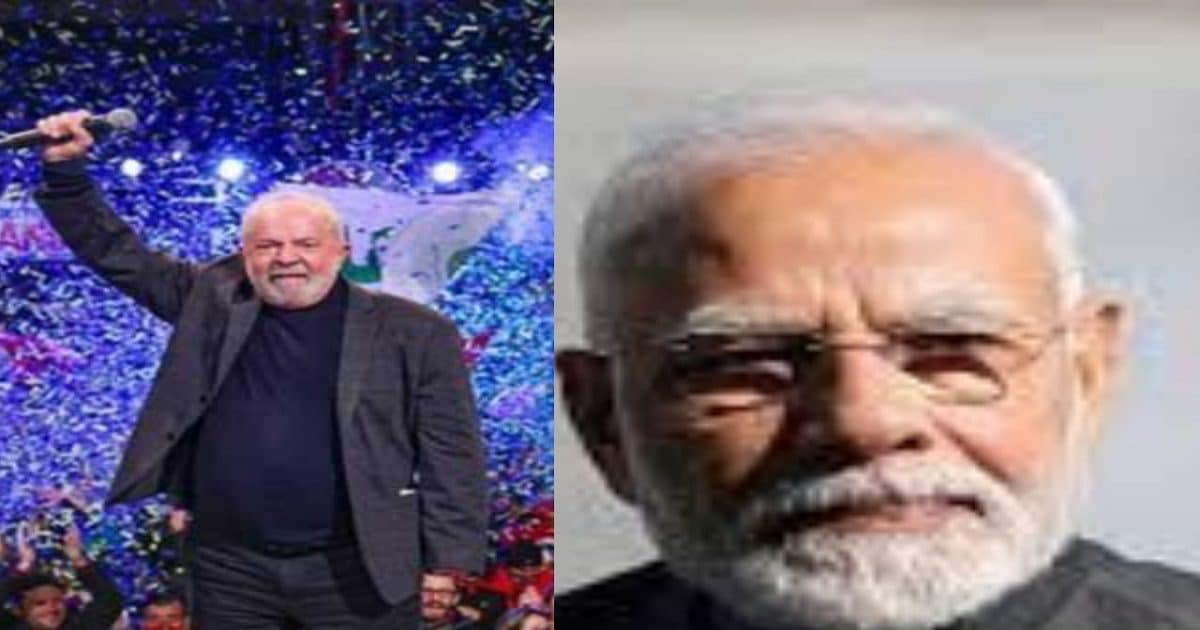 Lula da Silva has become the new President of Brazil, he will take the presidency for the third time.

I look forward to working together for our cooperation on global issues, Modi said.

New Delhi: Lula da Silva has become the new President of Brazil. He will take over the presidency of Brazil for the third time. Indian Prime Minister Narendra Modi has also congratulated him on his resounding victory. It has been said to work together to maintain strong relations between the two countries. Lula defeated the incumbent President Jaire Bolsonaro. Let us tell you that Lula got 50.83 percent of the votes, while the rival Bolsonaro got 49.17 votes.

Prime Minister Narendra Modi on his Twitter handle congratulated Lula da Silva on becoming the President of Brazil. they wrote, ‘Congratulations to Lula da Silva on winning the presidential election in Brazil. I look forward to working together to deepen and broaden our bilateral ties as well as our cooperation on global issues.

Congratulations to @LulaOficial on winning the presidential elections in Brazil. I look forward to working closely together to further deepen and widen our bilateral relations, as also our cooperation on global issues: PM @narendramodi

Lula had counted his past achievements in this time’s presidential election and promised the public to introduce a new tax system. He was the President of Brazil from 2003 to 2010. Lula da Silva, 77, was sentenced to prison in 2018 for corruption, which led to her being sidelined in the election that year. Due to this, the way was paved for the victory of the then candidate Bolsonaro.