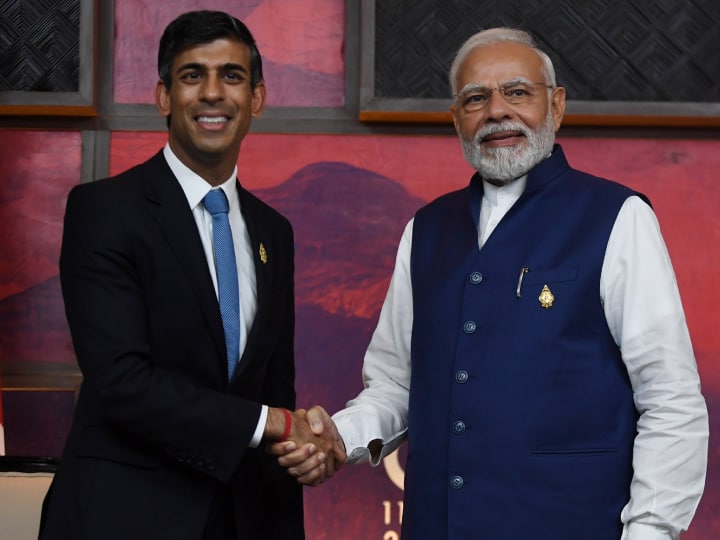 G20 Summit Latest News: Prime Minister Narendra Modi (PM Modi) has left for India from Bali, Indonesia after participating in the G20 Summit. PM Modi was in Bali to attend the two-day G20 summit. The conference started on Tuesday. PM Modi had informal talks with US President Joe Biden, UK Prime Minister Rishi Sunak, French President Emmanuel Macron and many other world leaders on the sidelines of the G-20 summit and shared views on many issues.

British Prime Minister Rishi Sunak said today (16 November) at the G20 summit, “He is committed to a trade deal with India.” During a conversation with the media on the sidelines of the G20 summit in Bali, Sunak also said, “He believes Britain and the United States can improve their economic relationship, but he asked US President Joe Biden about the trade deal.” Nothing was said during the meeting.

Chairmanship of G-20 handed over to India

This statement of UK Prime Minister Rishi Sunak has come at a time when Indonesia has handed over the G20 chairmanship to India for the coming year at the Bali summit. At the same time, PM Modi has termed it as a matter of pride for every Indian citizen. Later, Prime Minister Narendra Modi tweeted, “We greatly value strong India-UK ties. It was great to meet PM Rishi Sunak in Bali. We discussed increasing trade ties, security with a focus on India’s defense reforms.” Discussed ways to expand the scope of cooperation and further strengthen people-to-people ties.”

In fact, both India and Britain had started talks for a free-trade agreement (FTA) in January and aimed to conclude it by 24 October. However, due to the political crisis in Britain, this deadline was over. Bilateral trade between India and UK to increase to $17.5 billion in 2021-22 as compared to $13.2 billion in 2020-21. Whereas in 2021-22, India’s exports were $ 10.5 billion, while imports were $ 7 billion.

There was no talk about the trade deal with Biden

Regarding UK-US deals, Sunak said that he had talked to Biden about economic cooperation, especially energy. “I am full of optimism about our ability to do more trade with the United States, to deepen our economic ties. This could happen in many different ways.” Sunak said, “When he met Biden, we didn’t specifically talk about trade deals, but we talked about our economic partnership.”