Prime Minister Modi congratulated Rishi Sunak on becoming the PM of Britain, said- now we will work together 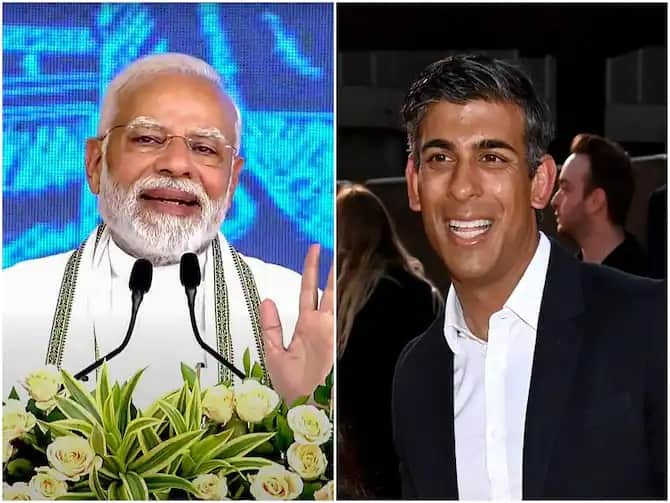 PM Modi-Rishi Sunak: Prime Minister Narendra Modi has congratulated Rishi Sunak, the nominated Prime Minister of Britain. PM Modi said that as soon as you become the PM of the UK, I am looking forward to working together on global issues and implementing Roadmap 2030. Along with this, he also congratulated the Indian people living in Britain on Diwali.

PM Modi tweeted, “Heartfelt congratulations Rishi Sunak! As you are about to become the Prime Minister of the UK, I look forward to working together on global issues and implementing Roadmap 2030. The ‘Living Bridge’ of British Indians.” Special Diwali wishes to you. We have transformed historical ties into modern partnerships.”

At the same time, on being elected the Prime Minister of Britain, Rishi Sunak has said that he is feeling honored after getting the support of his fellow MPs and being elected the leader. They accept this responsibility with humility.

Warmest congratulations @RishiSunak, As you become UK PM, I look forward to working closely together on global issues, and implementing Roadmap 2030. Special Diwali wishes to the ‘living bridge’ of UK Indians, as we transform our historic ties into a modern partnership.

Let us inform that Rishi Sunak of Indian origin is going to create a new history by becoming the new Prime Minister of Britain. Sunak was elected unopposed as the leader of the Conservative Party with the announcement of Penny Mordent’s withdrawal from the race on Diwali. The 42-year-old former finance minister had the support of more than half of the Conservative Party’s 357 MPs, while he needed at least 100 MPs to win.

In this election, many prominent Conservative MPs have supported Sunak leaving the camp of former PM Boris Johnson, including former Home Minister Priti Patel, Cabinet Ministers James Cleverly and Nadeem Jahavi. Priti Patel is a former British minister of Indian origin who resigned from her post last month after Liz Truss was elected prime minister. He said that the Conservative Party should give Sunak a chance to lead.

Now Sunak’s victory marks a marked turnaround in the political fortunes of Sunak, who lost the election to outgoing Prime Minister Liz Truss last month after not getting the support of lawmakers from the ruling party. However, there was an open rebellion against Truss’s leadership in the Conservative Party, due to which Truss resigned from the post of PM after being Prime Minister for only 45 days.

Britain New PM: Rishi Sunak of Indian descent will now be sworn in as UK PM, will be sworn in on October 28