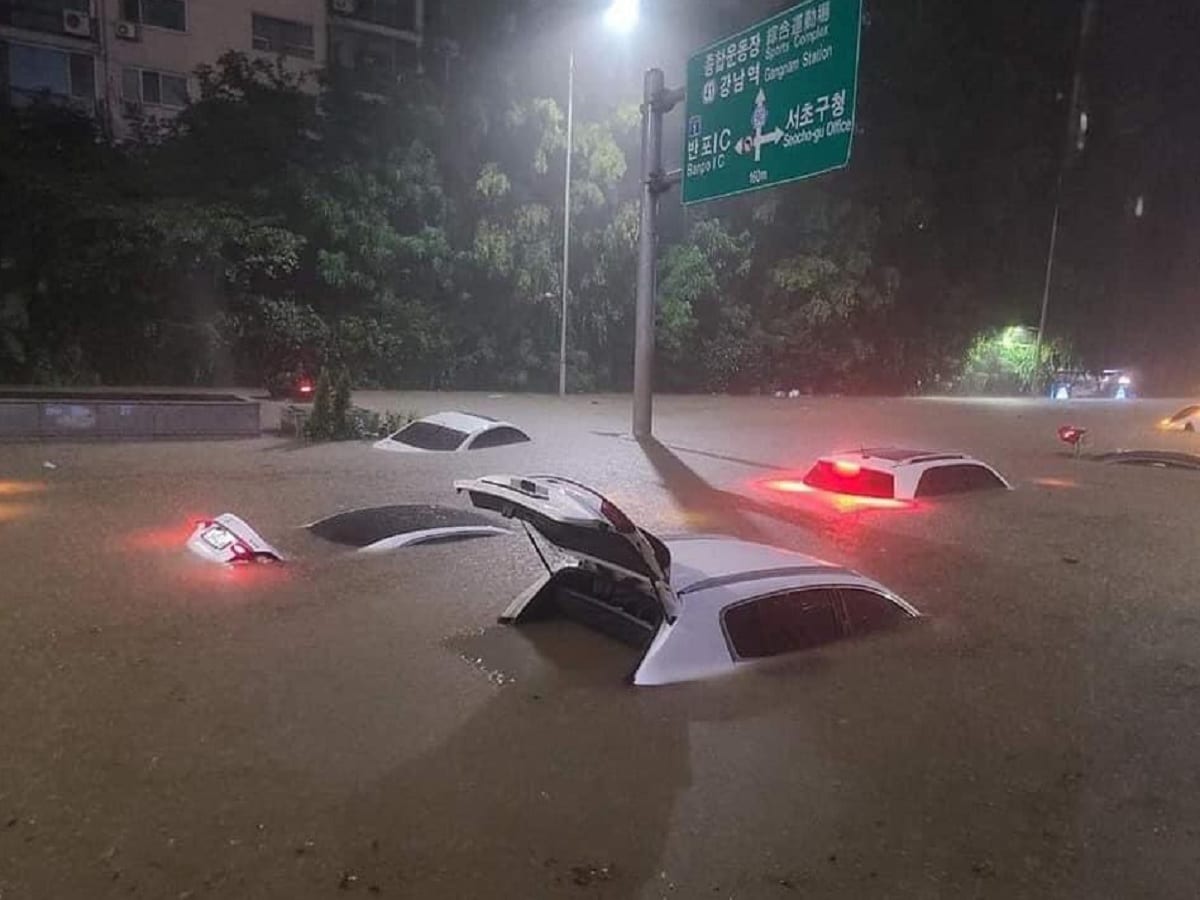 Seoul: Heavy rain has made life difficult for people in South Korea. It rained so heavily in the Gangnam district of the capital, Seoul, that the roads there looked like rivers. Thousands of vehicles drowned in this heavy rain. Public transport service has also suffered a lot. So far 7 people have been reported killed in this incident while 6 people are said to be missing. Work continued till late Monday night to clear the city, after which little traffic movement was seen on Tuesday morning. However, for the second day in a row, torrential rain was predicted.