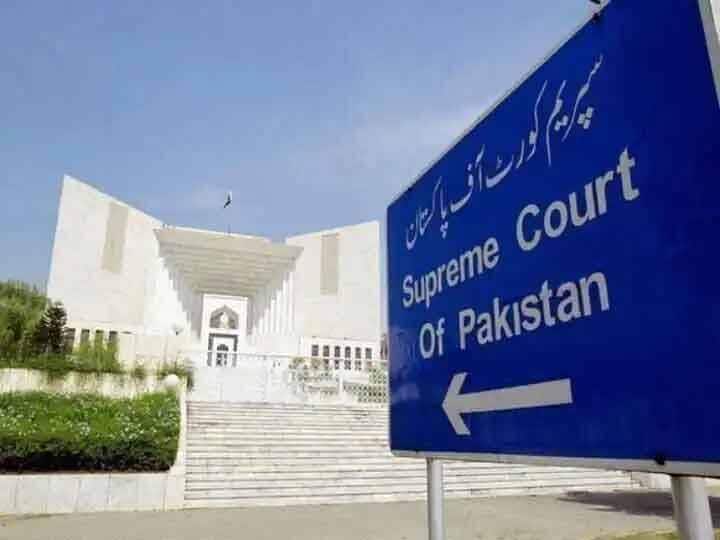 Karachi Murder Case: The Supreme Court of Pakistan acquitted the convict in the murder of the deputy superintendent of police’s son in 2012. The Anti-Terrorism Court (ATC) had sentenced the main accused in the Shahzeb Khan murder case, Shahrukh Jatoi, and other accused to death. One of the convicts was also given life imprisonment. The decision was taken by a three-member bench headed by Judge Ijazul Ahsan. It included judges Muneeb Akhtar, Syed Mazhar Ali and Akbar Naqvi.

Shahrukh Jatoi was convicted for the murder of Shahzeb Khan along with two men in Karachi in December 2012. An Anti-Terrorism Court (ATC) then sentenced Jatoi and his accomplice Siraj Ali Talpur to death, as well as life imprisonment to Siraj’s younger brother.

Turned the incident into terrorism

Shahrukh Jatoi’s lawyer Latif Khosa in the Supreme Court hearing said, “The parties have already reached an agreement,” he said, adding, “The accused had no intention to spread terror, but treated the murder as a case of terrorism.” was introduced”.

The Anti-Terrorism Court (ATC) sentenced Shahrukh and Siraj Talpur to death in June 2013, while Sajjad Talpur and Ghulam Murtaza Lashari were sentenced to life imprisonment.

Shahrukh was also sentenced to three years imprisonment for illegal possession of arms. The Anti-Terrorism Court (ATC) had also ordered the culprits to pay a fine of Rs 500,000 each.

what was the whole matter

Shahzeb Khan, 20, son of Pakistan’s Deputy Superintendent of Police Aurangzeb Khan, was shot dead at the Defense House Authority in Karachi on the night of 24 December 2012, when he was returning home after attending a wedding with his sister. .

Shahzeb had a fight with a staff at the wedding, because the staff had threatened and harassed Shahzeb’s sister. Later, the main accused Shahrukh Jatoi and his staff together killed Shahzeb.