The plane, which missed landing at the airport, fell into the lake, 19 people died in the accident 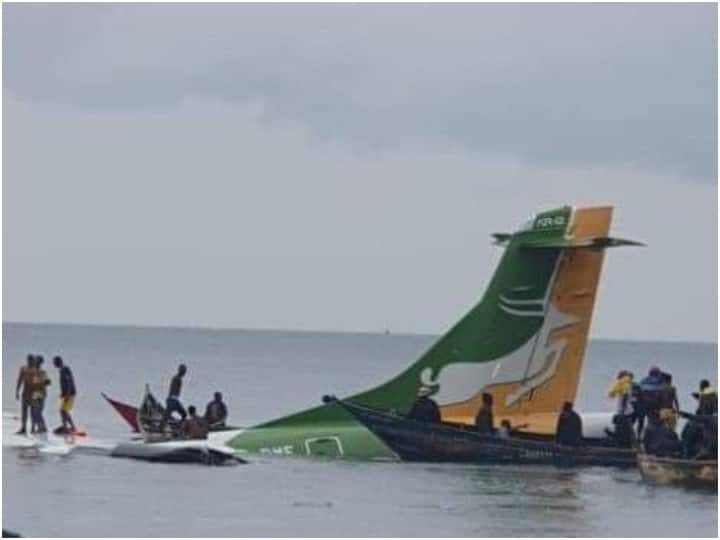 Tanzanian Precision Air Plane Crash: In the East African country of Tanzania, a Precision Airlines passenger plane crashed in Lake Victoria near Bukoba. The plane went straight into the lake. So far 19 people have died in the accident.

The country’s Prime Minister Qasim Majliva said officials believed all the bodies had been recovered from the plane. A team of doctors and security agencies has started the process of identifying the dead and informing the families.

43 passengers were on the plane

Earlier, the airline had said that 26 of the 43 people on board have been rescued. According to the prime minister, it is not yet clear whether two of the dead were local residents who were assisting in rescue operations or whether airline employees were left out of the flight manifesto. “We will investigate where the other two came from,” he said.

The news agency Reuters quoted Precision Air as saying that flight PW494 had taken off from the Tanzanian capital Dar es Salaam to the lakeside Bukoba, but before landing at the city’s airport, it was in the lake itself. Crash landing happened.

Post-crash photos showed that the plane was almost completely submerged, with only its brown and green tail visible. The passengers who were evacuated from the plane were taken to the hospital, the official said.

According to the official, two pilots survived, but they were trapped in the cockpit, who were talking to the officers. Rescuers and local fishermen were rescuing people trapped inside the plane after the accident. An attempt was made to drag the plane to the banks of the lake with the help of a rope.

The eyewitness told this to the state media

Such videos have come to the fore through social media, in which relief-rescue work is being seen and people are seen in chaos. Tanzania’s largest private airline Precision Air has identified the plane as ‘ATR-48’ and company officials did not give further details about the accident.

The cause of the accident is being investigated, but Tanzania’s state media say the accident happened amid a storm and heavy rain. According to Reuters, an eyewitness told the Tanzania Broadcasting Corporation (TBC) that he saw the plane approach the airport in poor visibility conditions and then take a turn to land, but missed and landed in the lake.

Precision Air plane crashes into Lake Victoria while trying to land in Tanzania; no word on casualties pic.twitter.com/EpRrgPvAVB

President Samia Suluhu Hassan has offered condolences to the victims of the accident and called for peace as rescue operations continue. Precision Air is the largest private airline in Tanzania and is partly owned by Kenya Airways. The company was established in 1993. It operates domestic and regional flights.

Plane Crash in Tanzania: Plane crashed into a lake in Tanzania, more than 40 passengers were on board, watch video

Share
Facebook
Twitter
WhatsApp
Linkedin
Email
Telegram
Previous articleDelhi: The main accused in the triple murder case was arrested from Bihar, was the result of the robbery of 15 lakhs from the house.
Next articleSar Kashyap has also become a victim of casting couch, said – ‘I was afraid of meeting people’