The post-war disease and its vaccine: Polio – Latest US News Hub 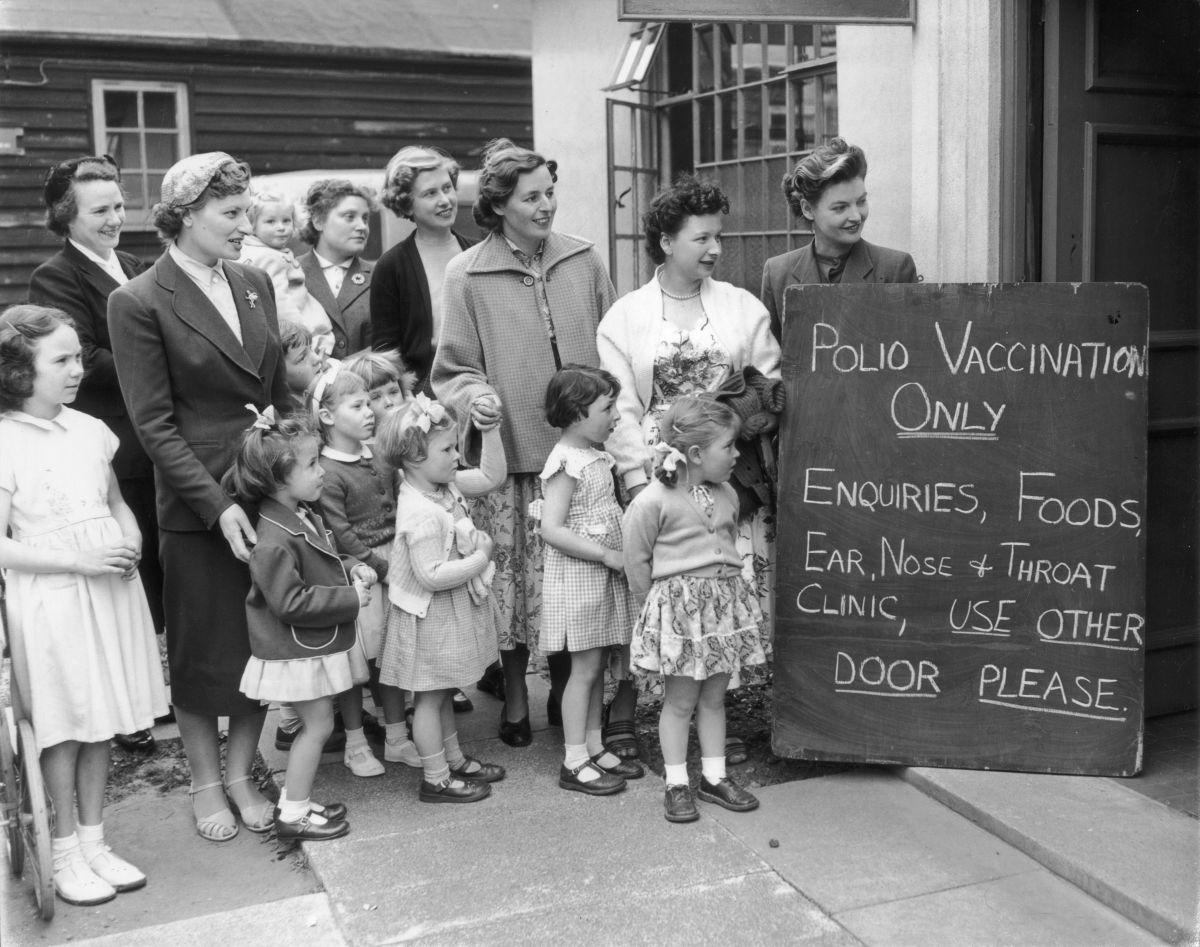 The first polio vaccine arrives at the Mayo Clinic on April 13, 1955.one day after being licensed in the US

Before a polio vaccine was available, several polio epidemics occurred between 1948 and 1955. Many people avoided crowds and public gatherings, such as fairs, sports games, and swimming pools, during this time due to concerns about contracting polio,

Some parents did not allow their children to play with new friends and checked them regularly for symptoms.

At Saint Mary’s Hospital in Rochester, Minnesota, people with polio were treated in the isolation room and those whose respiratory muscles were paralyzed were placed in large machines called iron lungsthese helped them breathe and may have helped them live longer.

The Pittsburgh-area investigator, Dr. Jonas Salk, developed a cure that would soon be tested in what is perhaps the largest medical product trial in the nation’s history. Thanks to funding from the March of Dimes charity, over a million children participated in a large clinical trial.

The children were injected three times during that year, plus blood tests were done to check for immunity, and it took a year to collect and analyze the data from so many different local sources.

In 1955, the polio vaccine developed by Dr. Salk and colleagues was licensed in the US. Before the polio vaccine, the disease had been a leading cause of disability in children, approximately 16,000 cases of poliomyelitis (paralytic poliomyelitis) occurred each year in North Americacompared to none recorded since 2020.

An Egyptian inscription from around 1400 BCC depicting a priest with a dry leg suggests that polio is an ancient disease.

In 1789 the British physician Michael Underwood made the first clinical description of poliomyelitis. Fifty years later, German physician Jacob von Heine conducted the first serious investigation of the disease and discovered that it was contagious.

The first recorded polio epidemic in the world took place in the United States in 1894., In 1908, Austrian doctors Karl Landsteiner and Erwin Popper discovered that polio was caused by a virus.

In the mid-1980s, wild polio was still endemic in some 125 countries. Queensland accountant Sir Clem Renouf, who was then world president of Rotary International, decided to launch an eradication program, similar to the one that had eliminated smallpox. In 1985 he convinced Rotary clubs around the world to raise funds to make this happen.

Having raised $247 million, Rotary began work in South America. The World Health Organization, realizing that Rotary was meeting successfully, joined forces with Rotary and other non-governmental organizations and launched the Global Polio Eradication Initiative in 1988.

Polio has now been eradicated in most countries, but as of 2017 it remains endemic in Afghanistan, Nigeria, and Pakistan. High levels of immunization remain crucial, even in countries where polio has already been eliminated.

The post-war disease and its vaccine: Polio

Share
Facebook
Twitter
WhatsApp
Linkedin
Email
Telegram
Previous articleHow should be the night care routine with increasing age, stay young for a long time
Next articleAlia met Ranbir for the first time at the age of 11, this is how she had planned to get married