The true story of Pinocchio, the classic Italian tale made popular by Disney – Latest US News Hub 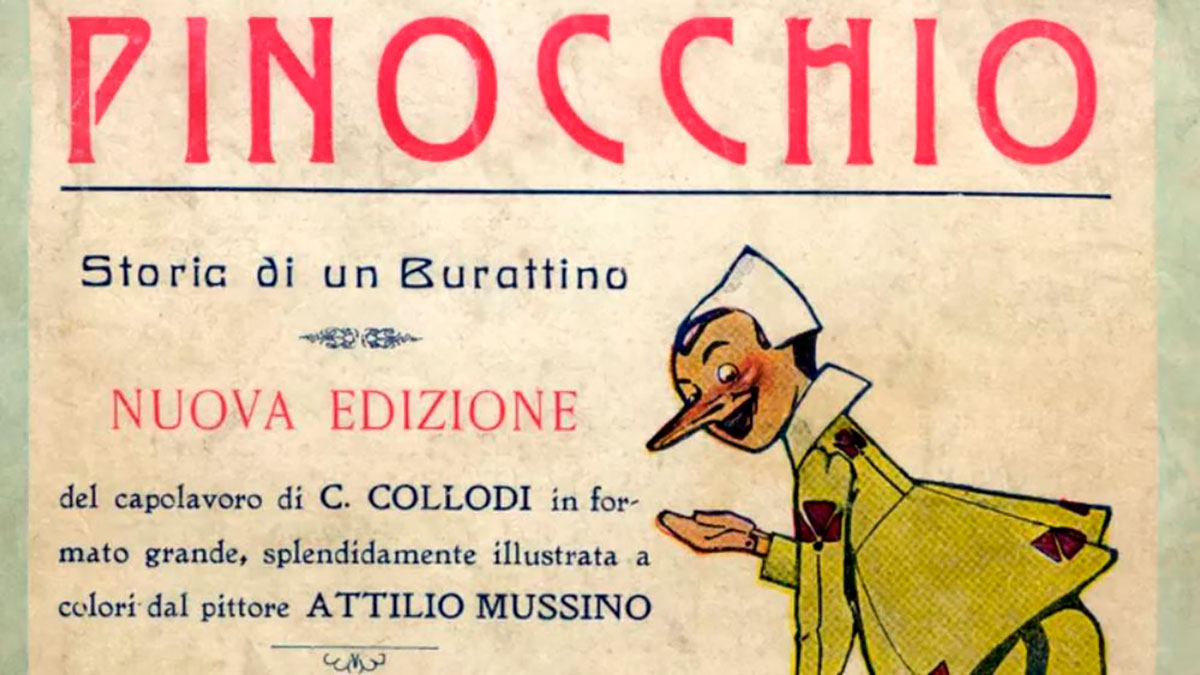 Pinocchio shares the paradox of characters like Dracula, Mary Poppins or James Bond, who are known thanks to famous film adaptations, but whose stories have been read by very few.

To most people, Pinocchio is synonymous with the Disney animated film about a wooden puppet whose pointy nose grows every time he tells a lie. But the original story is not primarily about lying. Yes, Pinocchio tells lies, but that is part of his bad behaviour.

Two new versions of Pinocchio, one by Disney directed by Robert Zemeckis, with Tom Hanks in the role of Gepetto, and another by Mexican filmmaker Guillermo del Toro for Netflix will once again bring this Italian classic closer to the general public.

The story of the most famous puppet in the world is at the opposite end of the sweetened version that he presented to the world of Disney in 1940. Far from being a naive and clueless figure, Pinocchio is a very contradictory character,

The adventures captured on paper by the Italian writer Carlo Collodi navigate between moralism and black humor. His adventures do not fall into sentimentality, but reflect the problems of nineteenth-century Italy.

“In the original story there is like a kind of darkness”Roberto Vezzani, from the Carlo Collodi National Foundation, explains to BBC Mundo.

“The story was written at a time when Italian reunification had taken place twenty years earlier. The country was struggling to find real reunification. There was a lot of poverty and many social problems. In this way, the story, which is normally considered a children’s story, actually reflects the problems of that time in Italy”, details Vezzani.

“The Disney versions are always a bit sugar-coated and placate the original versions of children’s books that were written between the 17th and 19th centuries, which are always darker, sadder and more heartbreaking tales than the Disney versions,” he explains to the BBC . Mundo Fredy Ordóñez, translator of a Colombian version of Pinocchio.

“This has to do with the fact that the concept of children that we have now did not exist at that time. They did not differentiate child from adult psychology. They are very raw and very real tales,” she adds.

In this way, the book includes numerous scenes and adventures that were left out of the film versions.

“I was very impressed by the crudeness, the violence of some scenes, like, for example, when Pinocchio rests his feet on a brazier and they burn him while he sleeps. It’s a terrible scene,” says Francesca Barbera, translator of the version recently published by the Chilean publisher La Pollera, to BBC Mundo.

Origin of the book

Carlo Collodi (1826–1890), pseudonym of Carlo Lorenzini, was born in Florence, where his father was a cook for an aristocratic family.

After volunteering for the Tuscan army during the Italian wars of independence in 1848 and 1860, he founded a satirical weekly, “Il Lampione”, whose intention was to “illuminate those who walk in darkness”.

July 7, 1881 published in serial format, in the Giornale per i bambini (Children’s Newspaper), the first chapters of “Historia de una marioneta”which were collected two years later in a book entitled “The Adventures of Pinocchio”.

“Collodi was a disenchanted person. The text is permeated by faith and despair at the same time. There is a satire, a criticism of social class, criticism of justice, criticism of this desire to get rich”, analyzes Barbera.

But at first Collodi did not want to extend the adventures of the puppet too much., He planned the end for him in chapter 15, when the Fox and the Cat hang Pinocchio from a large oak tree to steal his gold coins.

“And he had no breath to say more. He closed his eyes, opened his mouth, stretched out his leg and, giving a great shake, became stiff”.

But the young readers did not agree with this ending and sent numerous letters to the newspaper asking for more chapters of Pinocchio.

Why end Pinocchio like this? Vezzani believes that “Collodi wanted to end the story on a kind of moralistic note, in the sense that if you don’t act like a good guy, something bad might happen to you.”

Ultimately, they managed to convince Collodi to continue the story, which ended up becoming a huge success around the world, although Collodi died before he could see it.

reflection of an era

Through the adventures of Pinocchio, Collodi brings us closer to the problems of his time.

“What is distinctive about the original novel is that you can see the image of Italy at that time, but at the same time the novel is universal, Everyone can recognize something from the book in their lives. This explains why it is the most translated book in the world, after religious books”, comments Vezzani.

The story of Pinocchio shows the ravages of poverty and the difficulties of getting ahead.

“-What is the name of your father?

“And what do you do for a living?”

—Earn enough to never have a penny in your pocket.”

Gone is the image that Disney made of Geppetto, a good-natured watchmaker without serious economic hardship.

In the original book, not only does he have nothing to put in his mouth, but he is not a watchmaker, but a simple carpenter, In addition, although he shows him as a sweet old man, his neighbors describe him as “a real tyrant with children”, These types of contradictions become commonplace throughout the book.

“We can see a satire of corruption and criticism of social classes, but at the same time you can also see the problems that Italy was experiencing at the time, for example, the problem of poverty. Geppetto struggles to get food. And Pinocchio the same. The Italian population also experienced these ravages. This is lost in the cinematographic versions as in the Disney one,” says Vezzani.

“Collodi was able to create a children’s story that also says something profound about society, about the difficulty of becoming an adult. He created Pinocchio whose humanity is exceptional,” he adds.

Along with Pinocchio, Jiminy Cricket also stands out as one of the most beloved characters by children, known as the voice of conscience in the Disney version. However, early in the book Pinocchio kills him when he is lecturing him.

Saying these last words, Pinocchio jumped up in a rage and, grabbing a wooden hammer from the counter, threw it at Jiminy Cricket. Perhaps he did not expect to hit him, but unfortunately he hit him, and hit him in the head, so much so that poor Cricket barely had the breath to say cri-cri-cri and be slammed against the wall. ,

From that moment on, he only appears on a few occasions, but in spirit. ,That is something that Disney would never do because it could be considered as something very darkVezzani points out.

Also the fairy with the turquoise hair is good, but she tortures Pinocchio by making him believe that she died because of him.

The figure of the fairy godmother thus has a somewhat gloomy tinge in the book on some occasions.

“I was very impressed by the mixture of this presence of death, always followed by laughter, comedy, and it seemed to me to be a very adult thing, as if disenchanted with the world,” explains Barbera.

“It is an adventure story in which Pinocchio experiences numerous adventures, some of which became very famous through film adaptations like Disney’s, but in the original novel there are multiple characters and adventures, some of which were never included. in film adaptations. We can see that the original story has a lot of episodes that people don’t know about because they are only in the novel,” says Vezzani.

Remember that you can receive notifications from BBC World. Download the new version of our app and activate it so you don’t miss out on our best content.

The true story of Pinocchio, the classic Italian tale made popular by Disney