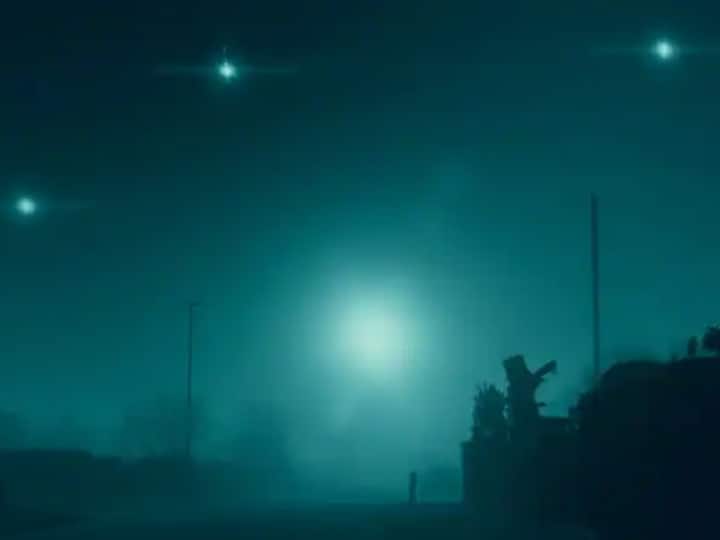 UFO On Pacific Ocean: Various claims have been made all over the world regarding aliens and Unknown Flying Objects (UFOs) in the sky. Now according to a person doing research on UFOs, unidentified flying objects (UFOs) are being seen in the sky over the Pacific Ocean for the last two months.

According to the New York Post report, Ben Hansen, a former FBI agent and host of the Discovery Plus show ‘UFO Witness’, shared footage and air traffic control recordings of UFO sightings in the air by pilots. Pilots of Southwest Airlines, Hawaiian Airlines and many others saw several aircraft in the area. A former military pilot said he saw several planes flying over him.

Pilots claim to have seen UFOs

Pilots of Southwest Airlines, Hawaiian Airlines and several other airlines have claimed to have seen several UFOs in the region between August 6 and September 23. Pilot Mark Hulse asked Air Traffic Control on the radio on August 18 while flying a charter jet off the Los Angeles coast, “We’ve got a few planes to our north here, that’s at a much higher altitude than us and it’s going around in circles. Anyone know what they are? The air control unit had no idea about it.

Hulsi said that initially their number was only three, which later increased to seven. These planes kept flying there for the whole 23 minutes. All these aircraft were flying at an altitude of 5 to 10 thousand feet. In the recording, Hulsi is heard saying that all the planes were seen taking off in groups. He was an F-18 pilot in the Marine Corps and made several intercepts. Hulsi said he had never seen anything like this before.

Mr. Hansen said the pilot who claimed to have seen strange lights had been seen over 15 different commercial flights. He said at least six pilots are willing to record everything in their names and if asked to do so by any investigative agencies.

An FAA spokesman said that whenever a pilot makes such a report to an air traffic control facility, it is documented. As the New York Post reports, the Defense Department last year launched a new organization to find and identify UFOs in restricted airspace.

Anurag Thakur’s counterattack on Pakistan – no one can ignore India, every major team will play the World Cup

Share
Facebook
Twitter
WhatsApp
Linkedin
Email
Telegram
Previous articleGood news for Jharkhand hockey, 4 women players got an invitation to join the national camp of the Indian team
Next articleT20 World Cup: India’s big advantage due to UAE’s victory, know how to secure a place in the semi-finals?

Iran Hijab News: Afraid of demonstrations, Iran government is ready to bow down, there may be a change in the strict laws of Hijab