VIDEO: Russian soldier caught stealing in Kherson, see what he stole from the zoo on the way 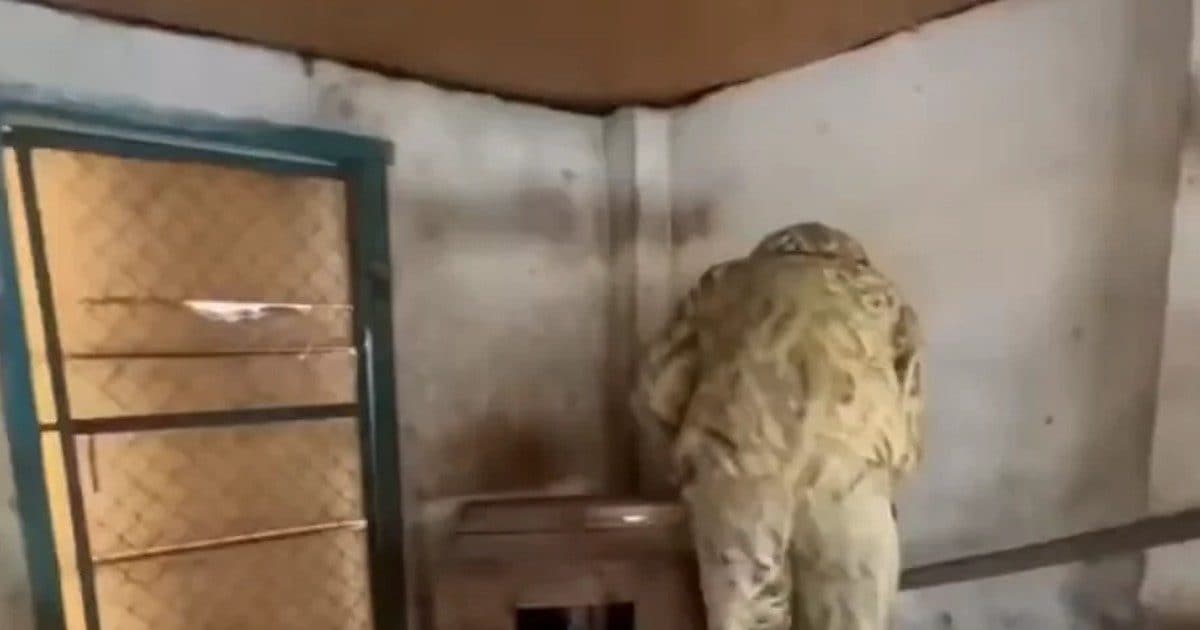 In the video, a donkey, llama and unknown carnivores can be seen being packed into a bus.

Around 15,000 artifacts and medical instruments have also been stolen from hospitals.

Kherson (Ukraine). Kherson city of Ukraine was occupied by Russia for the last 8 months, but now it has become independent from Russian occupation. But on the go, Russia has been accused of theft. This allegation became more true when pro-Russian journalist Anna Dolgareva herself confirmed it. He wrote in his telegram that the only good news he had about Russia’s retreat from Kherson is that his friend had managed to steal a raccoon from the Kherson Zoo. It was strange to say, but it became more true when it was discovered that the Russians plundered the Kherson Zoo before retreating from the major city.

Russian soldier Oleg Zubkov has shared a video on his own YouTube channel. In this video, Zubkov has given the caption ‘Oleg Zubkov catches the raccoon with his bare hands’. Oleg Zubkov has documented the theft of animals from the Kherson Zoo. In the video, a donkey, a lama and unknown non-vegetarians can be seen being carried in a bus. Now this video is being shared a lot on social media.

The occupiers stole everything from Kherson: paintings from art galleries, antiquities from museums, historic manuscripts from libraries. But their most prized loot was a raccoon they stole from a zoo. Steal a raccoon and Die. pic.twitter.com/1mqBrrKjHQ

In the video, Oleg Zubkov can be seen taking the raccoon out of one cage and placing it in another. Along with this, he is proudly showing off his talent of catching raccoons. He can be seen taking the raccoon’s tail and carrying it to the cage. Ukrainian animal rights movement leader Oleksandr Todorchuk said the raccoon theft was ordered by a Russian commander. They said they took most of the zoo’s animals to Crimea. Many animals including llamas, donkeys, squirrels were included in this.

Read – There may be a 6-month peace break in Russia-Ukraine war, snowfall and cold become the main reason

Oleg Zubkov said that two wolves, a llama, a donkey, seven raccoons, peacocks, guinea fowl and pheasant were brought to his park and kept in cages but the animals were not what Russia stole in Kherson. According to a report in Kyiv Post, around 15,000 artifacts and medical instruments were also looted from hospitals collectively.