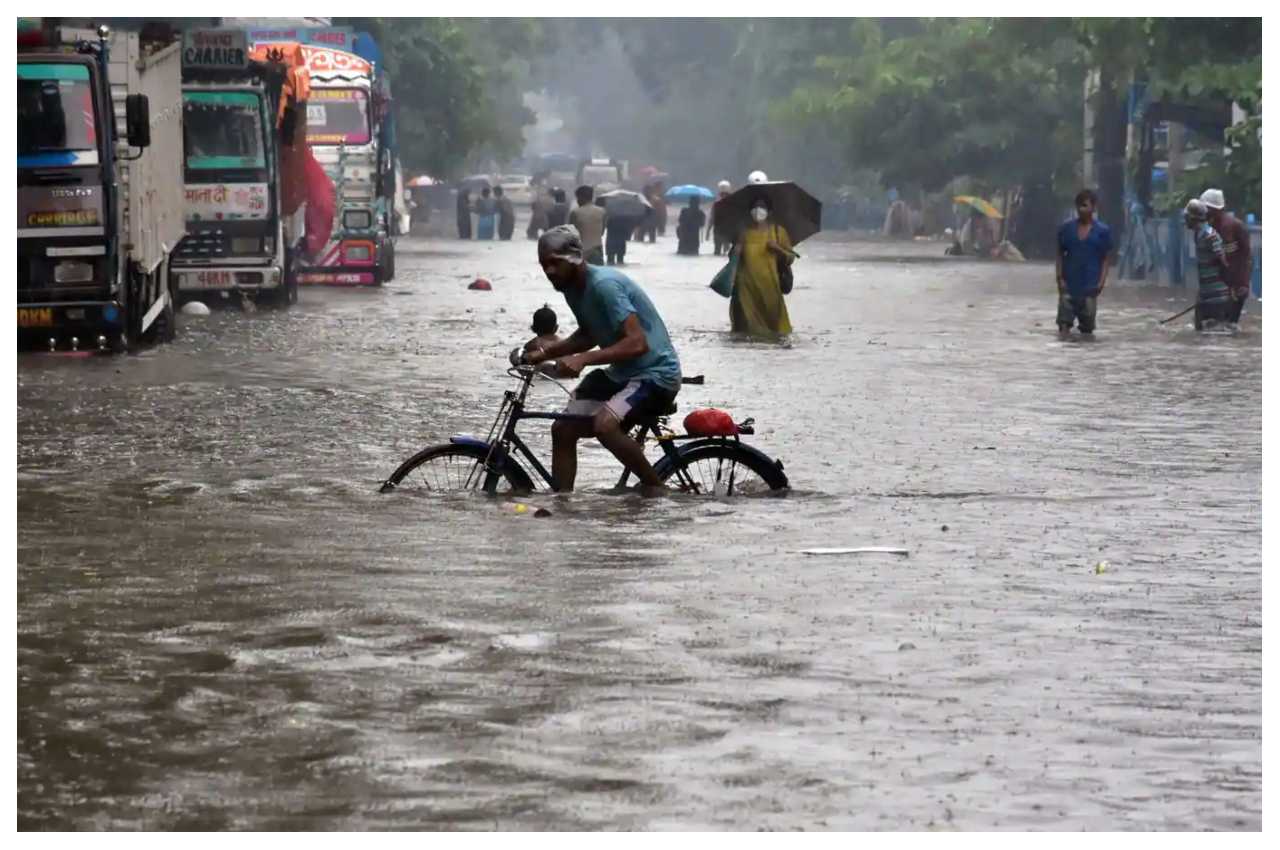 Weather Update: Due to the depression formed in the Bay of Bengal, there is a possibility of heavy rain in many states. In some states, the situation is worsening due to heavy rains, while in many states there has been a slight decrease in rain activities.
According to the Meteorological Department, there is an alert of heavy rain in many districts of Odisha and its neighboring states of West Bengal and Maharashtra today. The Meteorological Department has issued red and orange alerts for different districts of these states.

Light rain is possible at one or two places over Western Himalayas, parts of Uttar Pradesh, Rajasthan, Coastal Andhra Pradesh, South Interior Karnataka, Lakshadweep and Haryana and Punjab. Talking about Delhi and surrounding areas, the movement of scattered clouds can be seen on Tuesday. The maximum temperature during this period is likely to be 36 degree Celsius. Wind speed during the day can reach up to 16 kmph.

Heavy rain likely in these states

According to Skymet Weather, there is a possibility of moderate to heavy rains in some parts of Konkan, Goa, South Gujarat, Madhya Maharashtra. Light to moderate rain is very likely over Odisha, Chhattisgarh, Madhya Pradesh, Vidarbha, Marathwada, parts of Telangana, Coastal Karnataka, southeast Rajasthan and Andaman and Nicobar Islands.

Heavy rain warning for next 4 days in Maharashtra

It has been raining heavily in Mumbai since Monday evening. The Meteorological Department has issued an orange alert for heavy rains in Mumbai, Navi Mumbai, Palghar and Raigad today. Rain activities are likely to continue in these areas till August 10-11. The Meteorological Department has issued red and orange alert for many parts of Vidarbha region of Maharashtra, warning of heavy to very heavy rain for the next 4 days. The IMD has predicted heavy to very heavy rainfall at various parts of Gadchiroli, Chandrapur and Gondia on Tuesday.

Share
Facebook
Twitter
WhatsApp
Linkedin
Email
Telegram
Previous articleThere is a need to include LGBTQ community in adoption law, Parliamentary committee recommends
Next articleRecruitment of more than 150 posts of gynecologist in MP, apply like this