What is NASA’s ‘Artemis-1 Moon Mission’ which was launched today, why it failed 2 times 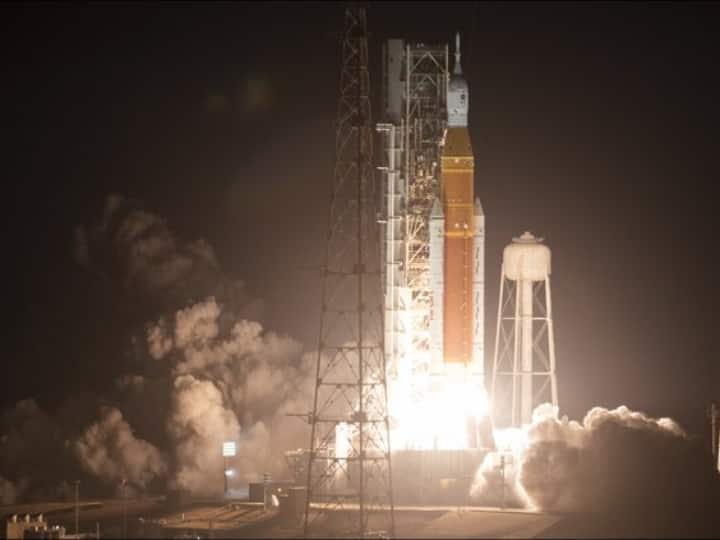 NASA Artemis Moon Mission: American Space Agency NASA Moon Mission ‘Artemis-1’ was finally successfully launched on Wednesday (16 November). It was launched from the Kennedy Space Center in Florida. This is NASA’s third attempt. Artemis-1 mission is the most important mission after NASA’s Mars mission. NASA is sending Orion spacecraft to the moon through this mission. The spacecraft will return after traveling to the moon in 42 days. This is a major step towards landing astronauts on the moon for the first time since the US Apollo mission 50 years ago.

NASA Artemis-1 moon mission had become a question of nose for America. Through this, it wants to leave behind the rest of the countries of the world including China and Russia, which have established their dominance in space. However, NASA did not get success in the first two attempts. In fact, on August 29, NASA had made complete preparations to release Artemis-1 from the Kennedy Space Center on the coast of Florida, but at the last moment, there was a fault in the temperature sensor of the rocket engine, some cracks in the insulation foam, hydrogen It could not be launched due to leakage and bad weather.

After the first attempt to launch Artemis-1 failed, a second attempt was made. This time a launch window of two hours was kept to launch it. But just a day before the launch of Artemis-1, it was told that technicians have repaired a fuel leaking line, but the fuel leak could not be resolved. Therefore, the decision to launch Artemis-1 had to be postponed for the second time as well.

What is Artemis-1 Moon Mission after all?

It is a test flight for the main Moon mission, which will not have any astronauts. NASA scientists want to test the moon and the possibilities of life on it through Artemis-1. Through this, scientists will also try to find out whether this flight made the conditions around the moon suitable for astronauts? Also can astronauts safely return to Earth after visiting the Moon?

Astronauts will be sent in 2024

However, after this flight, astronauts will go to it in the mission of 2024. Right now it has been made in the same way and hence three mannequins are being sent in it which are completely made like humans. These mannequins have been designed like two females and one male.

The SLS (Space Launch System-SLS) rocket and its Orion capsule are to be launched around the Moon and will return from this journey after 37 days. In this, Orion will act as an exploration travel vehicle that will take the crew into space.