Why do the Japanese object to Shinzo Abe’s state funeral? 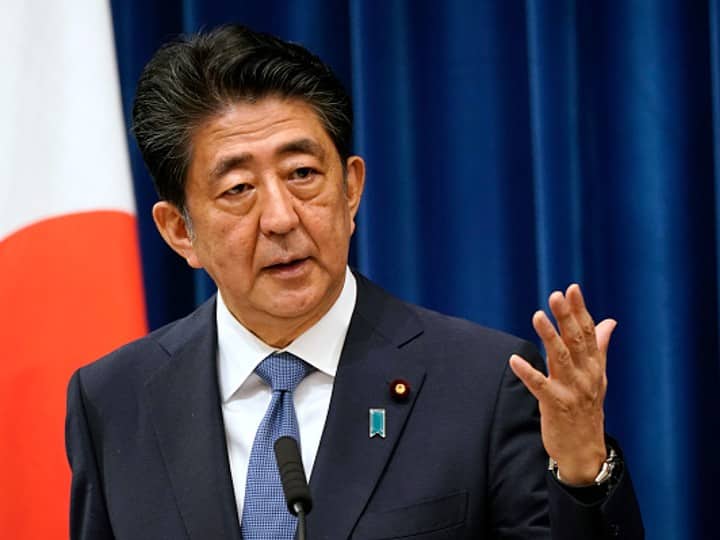 Shinzo Abe State Funeral: World leaders gathered in London just a week ago for the state funeral of Queen Elizabeth II of Britain. Now many of them are going to the other side of the world ie East Asia for another state funeral. This program is of the late former Prime Minister of Japan Shinzo Abe on 27 September. On July 8, Shinzo Abe was shot dead during an election campaign program in the city of Nara.

One thing which is very strange in this is that every heart of Aziz Abe’s countrymen are opposing his funeral. The reason behind this is being said to be a huge expenditure in this process, on the other hand, some reasons like the manner of death of former Prime Minister Abe, due to which the people there do not seem in favor of giving him this last respect. This is the reason why Abe’s funeral remains a matter of controversy in this peace-loving country.

World leaders and heads of state are eager to attend Shinzo Abe’s state funeral, but the Japanese seem indifferent to the event. The estimated cost of this large-scale event has been estimated at $11.4 million. If seen in Japanese currency, this expenditure sits at 1.65 billion yen. Protests against state funerals have been increasing in Japan for the past few weeks.

The results of a survey by a Japanese newspaper ‘Yomiuri Shimbun’ show that more than half of the country’s population is against holding this state funeral. The protest was also such that earlier this week a man set himself on fire near the Prime Minister’s Office in Tokyo. On Monday, about 10,000 protesters marched on the streets of the capital demanding the withdrawal of the funeral rites.

So far more than 4 lakh people have signed the online petition to stop this event. Many political parties of the country have refused to attend this state funeral. Significantly, in Japan, the expenses of the funeral of the former PM were shared between the government and the political party of that leader, but the government here is bearing the entire cost of Abe’s royal funeral. This expenditure will reach at least Rs 100 crore.

Where there is a ruckus in the country of Shinzo Abe over his state funeral to be performed on September 27. On the other hand, this event is attracting allies of Japan from all over the world. US President Joe Biden will not attend it, but Vice President Kamala Harris will attend. Representatives of 190 countries of the world are expected to participate in this.

Singapore’s Prime Minister Lee Hsien Loong is coming. So Australian PM Anthony Albanese is reaching Japan with three of his predecessors. India’s Prime Minister Narendra Modi did not attend the Queen’s funeral, but is flying to Tokyo to pay tribute to Abe. After all, the leaders from all over the world are reaching to bid farewell to the leader. People in his country are opposing it. This commotion says a lot about Shinzo Abe’s status without saying anything.

This is not a common occurrence in this country

A state funeral is not a common event in Japan. Here also state funerals are reserved for members of the royal family. Since the Second World War, Japan’s politician Shigeru Yoshida was given this honor only once in 1967. Abe’s state funeral after such a long time is a big deal.

The people here are also giving the logic of law behind not giving the state funeral to Shizo Abe. In fact, the opposition parties here along with the public say that there is no point in giving a state farewell in the constitution made after the war in 1947. There has also been a vigorous debate in the Parliament of Japan regarding this matter. The ruling party said that it is legal to give this honor to Abe. It does not go against the constitution of the country.

To some extent, these protests are also due to the manner of his death. On July 8, Shinzo Abe was attacked during an election campaign program in the city of Nara. Japan mourned for him. According to opinion polls, Abe was never extremely popular, but there would be few who would deny that he had given the country an environment of stability and security. Therefore, if seen, the decision to perform his state funeral is also a reflection of his stature.

Why does Abe have the right?

Arguably, since World War II, no other politician has had as much influence on Japan’s position in the world as Shinzo Abe’s. Abe strengthened the country’s relations with countries like America. He is also credited with taking Japan on the path of economic recovery after the terrible tsunami in 2011.

Regarding the royal farewell to Abe, in the Parliament of Japan, PM Fumio Kishida enumerated many such reasons that made Abe deserving of this honor. He said that after the death of Abe, condolence messages have been sent from many countries around the world. Through this state funeral, the country will be able to answer these messages. He said Abe was shot during an election campaign. If seen in this way, he is a soldier who is martyred on democracy. His last farewell must be done with full respect.

PM Modi will leave for Japan this evening, will participate in Shinzo Abe’s funeral program, will also meet PM Kishida

Explainer: Shinzo Abe played the most important role in the establishment of Quad, China was stunned by the friendship of the four powers.

The voting age should be reduced from 20 to 18, the people of this country said no.