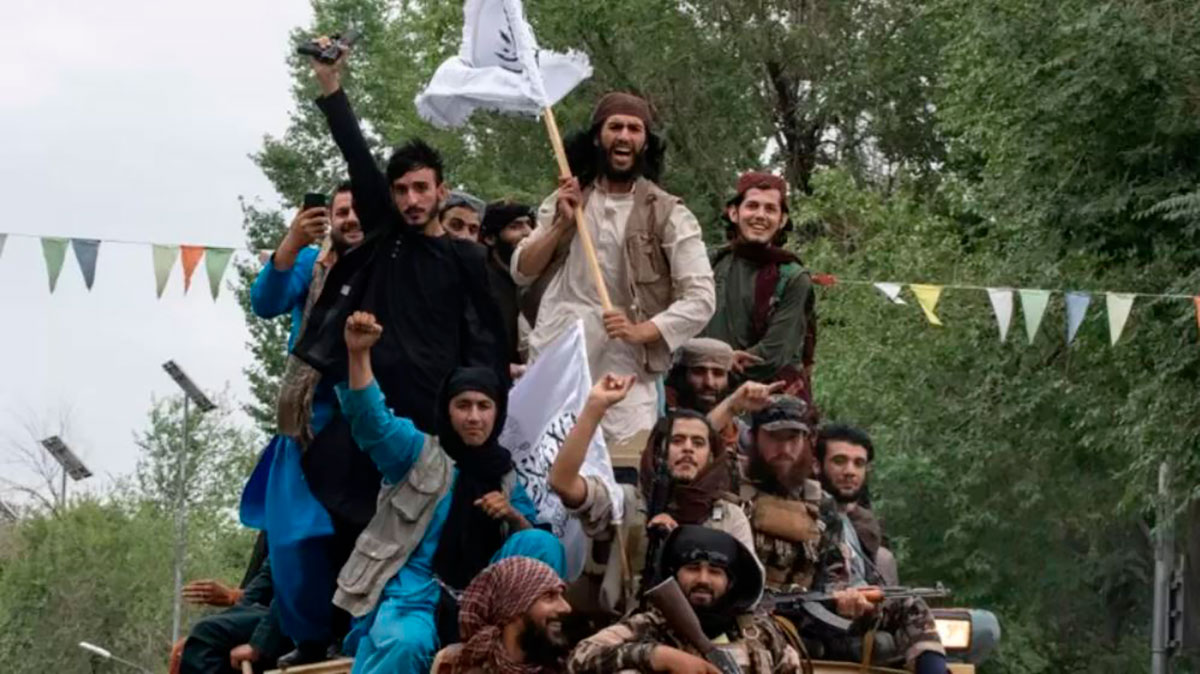 A year ago, the United States withdrew its troops from Afghanistan in a chaotic exit that left dozens dead and thousands exiled.

After the Taliban retook power in August 2021, the government of US President Joe Biden decided to freeze some $7 billion in assets that the Afghan central bank had in the New York Federal Reserve branch (another $2 billion is in other countries).

This is more than 40% of Afghanistan’s hard currency reserves and includes $500 million in assets from other private banks that are required by law to be deposited with the Afghan central bank.

Forfeiture of funds has been practiced before against other governments, institutions and individuals that Washington considers to have violated laws, has been corrupt or have participated in attacks against human rights.

But the crisis that Afghanistan has experienced in the last year, one of the worst in its history, has led numerous experts and organizations to ask Biden to allow money from Afghanistan to return to the country.

Last week, more than 70 economists and experts, including the Nobel laureate in economics Joseph Stiglitz (2001), called on Washington and other Western countries to release the assets to allow the Afghan economy to function again.

“We are deeply concerned about the economic and humanitarian catastrophes that are aggravating in Afghanistan and, in particular, about the role of US policy in promoting them,” indicates the letter, also signed, among others, by former Greek finance minister Yanis Varoufakis .

“Without access to its foreign reserves, the central bank of Afghanistan cannot carry out its normal and essential functions,” they added.

The experts considered that the US position only aggravates the crisis situation that the Islamic nation has been experiencing since the return of the Taliban a year ago.

,The people of Afghanistan have had to suffer doubly for a government they did not elect, To mitigate the humanitarian crisis and put the Afghan economy on the path to recovery, we urge you to allow the DAB (Afghan central bank) to recover its international reserves”, they indicated.

Afghanistan’s economy is experiencing one of the worst moments in its history since the return to power of the Taliban, a situation that is not directly linked to the withholding of funds in the US.

The sudden cut in international aid (direct foreign aid financed 70% of the Afghan government’s budget before the arrival of the Taliban) and the inflation caused by the war in Ukraine have deepened the situation of extreme poverty in the country, where millions of people are estimated to be at risk of famine.

In this context, the country has been hampered by the inability of its central bank to function because it does not have access to its reserves.

This has resulted in a sharp depreciation of the Afghan currency, leading to rising prices for imports and leading to a collapse of the banking system, with thousands unable to access their savings or receive wages.

For months now, Washington and the Taliban have held numerous talks to discuss the release of the funds, but have not found a common ground for dialogue.

The White House fears that the release of the funds could lead to the Taliban diverting the funds or not using them to improve the situation in which the Afghan population lives.

Afghanistan’s new government is not recognized by most of the international community, and human rights groups have accused the Taliban of abuses, including extrajudicial executions and restricting the freedoms of women and girls.

The Taliban, for their part, have vowed to investigate the alleged killings and say they are working to guarantee Afghans’ rights to education and freedom of expression “within the parameters of Islamic law.”

Among the solutions that have been discussed to end the seizure of funds is the creation of a mechanism that would include a trust fund, whose disbursements would be decided with the help of an international board,

But while the Taliban do not reject the concept of a trust fund, they oppose the proposal that it be controlled by third parties.

And on the other hand, the United States has opposed the appointment by the Taliban of a person sanctioned by Washington as the deputy governor of the central bank of Afghanistan, which has also made negotiations difficult.

However, the problem goes deeper.

These assets have become the subject of litigation, as some US victims of the 9/11 attacks have asked that they be used to pay them compensation for pending sentences against the Taliban.

Since the US began its crusade against “international terrorism” it has allowed funds from organizations, countries or people it considers “terrorists” to be used for compensation of victims or their families.

And more than a decade ago, a group of 9/11 families received a default judgment against the Taliban for their alleged collaboration with al Qaedathe extremist group that carried out the attacks.

After the Taliban retook power last year, a US federal district court ruled that since the Islamists now controlled Afghanistan, the plaintiffs could go after the frozen assets.

The decision was highly contentious because the United States does not recognize the Taliban as the legitimate ruler of Afghanistan and Afghanistan as a nation was not named as a sovereign defendant in the initial lawsuit.

Last February, the Biden administration presented a plan that would transfer approximately half of these assets (about $3.5 billion) to the planned third-party trust, but was leaving the rest in the US until the ongoing litigation is resolved.

Biden’s lawsuit and order have not been without controversy and questioning.

“The United States government is looting assets that legally belong to another government to reward its own citizens,” he wrote in a column on Washington Post Daniel W. Drezner, professor of international politics in the Tufts University School of Law and Diplomacy.

“If another country did this (…) it would be seen as total theft. And this makes it much easier for other great powers to act in a similar imperial way,” he added.

“The longer-term implication is to give other countries yet another reason to resent and fear the US use of the dollar as a weapon. Because no matter what legal justification is provided, the federal government is stealing Afghanistan’s money,” she concluded.

Among those who oppose the return of the money from the Afghan central bank are those who recall that much of it comes from international aid from the US and other Western countries.

Now you can receive notifications from BBC World. Download our app and activate them so you don’t miss our best content.