Will the new army chief be able to keep Pakistan together, these are the challenges 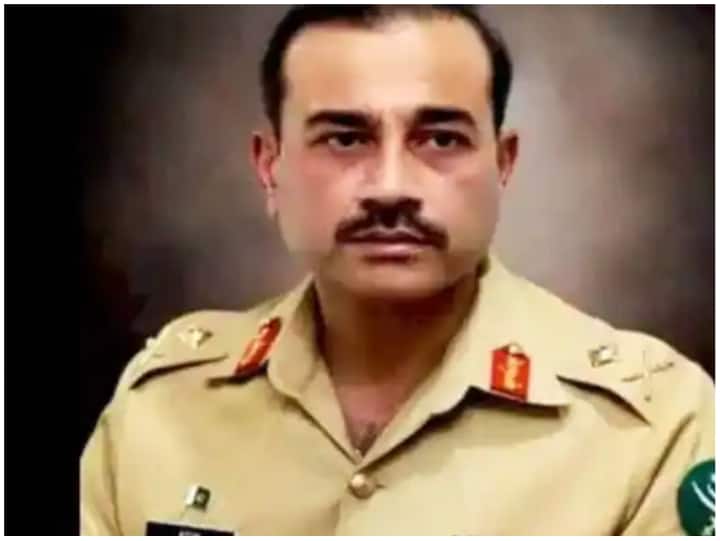 It is almost impossible to see the army and politics separately in Pakistan. Ever since the formation of Pakistan, the army has been directly or indirectly interfering in politics here. Many a times, in difficult times, the people of this country have also shown more faith in the army than the leaders. At present, Pakistan is passing through a phase where there is an economic crisis, more than half of the country is affected by the flood disaster, and in the midst of all this, the clouds of political crisis are also visible.

The former Prime Minister has taken out a march across the country and in such a time, Pakistan is getting a new army chief in the form of Syed Asim Munir. The interesting thing is that the relationship between Imran Khan and Syed Asim Munir has not been good. Earlier also Imran Khan has removed Asim Munir as ISI chief.

In fact, President of Pakistan Arif Alvi has approved the appointment of Lieutenant General Asim Munir as the next army chief. Explaining this, Information Minister Maryam Aurangzeb said that the Prime Minister should use the powers available with him. General Munir has been chosen as the next army chief of the country. At the same time, Prime Minister Shehbaz Sharif also congratulated him by tweeting after getting approval from the President. Munir will take oath on November 29 in place of General Qamar Javed Bajwa, who retires. In such a situation, we know what challenges the new army chief may have to face.

Imran is the biggest challenge?

Take. Why General Munir was removed from his post was disclosed by Najam Sethi, a senior journalist there during an interview. He told that in the year 2019, while being the ISI chief, General Munir had told the then PM Imran Khan that due to his wife Bushra Bibi, a lot of corruption is flourishing in the system. General Munir had also handed over some documents as proof for this.

Will you be able to coordinate the army and politics?

The history of the military’s role in Pakistan’s politics has been full of ups and downs. The army has been interfering in the politics of Pakistan since 1947. In the 75 years since partition, the army seized power three times and ruled the Islamic Republic directly for more than three decades.

The situation is that even when the people’s elected government comes to power in Pakistan, the army maintains influence on security and foreign affairs. To put it simply, the army chief of Pakistan will decide how to maintain relations with the Hindu nationalist government in India and the Taliban government in Afghanistan. Also, the decision will be taken on how much Pakistan will lean towards China or America.

Both countries will keep an eye on India’s relations

After the appointment of the new Army Chief in Pakistan, his biggest challenge will be to establish relations between India and Pakistan. In fact, India is also keeping a close watch on the new army chief of the neighboring country. It will be in the hands of the new army chief that what stand he wants to take regarding Kashmir.

In the beginning of the year 2021, it was Bajwa who approved the restoration of the ceasefire agreement with India on the LoC. But now the new army chief will have the right to decide whether there will be peace on the LoC in the coming years or the ceasefire will be violated.

The worst flood ever in Pakistan in 47 years. It is being told in the reports that one-third of the country has been affected by the flood. There is apprehension about Pakistan which is facing the brunt of nature, that any time the anger of the public can explode there and it can hit the road. Inflation, starvation, displacement of people and the possibility of spreading epidemic have brought the country in a huge crisis. The situation has become like a civil war.

The apprehension of such a situation has been expressed by agencies like the International Monetary Fund. Flood-related problems are the reason behind this, as well as Pakistan’s politics is also a reason. The Pakistan Tehreek-e-Insaf party and its chief Imran Khan are already furious against PML-N leader Shahbaz Sharif’s government. Even in these circumstances, he is not leaving any chance to attack the government, rather he has warned the government to take out a rally till Islamabad. Imran alleges that the government is deliberately troubling the workers of his party, against which he will take out a rally. In such a situation, the challenges of Syed Asim Munir as the army chief will increase.

How is the army chief appointed?

The tenure of the army chief in Pakistan is three years, although every time this period is extended for one reason or the other, as has happened in the case of General Bajwa. Here the process of choosing the army chief is such that the retiring army chief submits a list of senior generals to the current PM of the country, after which the prime minister will choose one of them. However, an occasion also came when the top four most senior officers in the army were ignored and the junior was assigned the post of army chief.

Lahore’s Shadani Darbar: History is linked to the descendants of Luv, son of Lord Rama, a pilgrimage site for Hindus